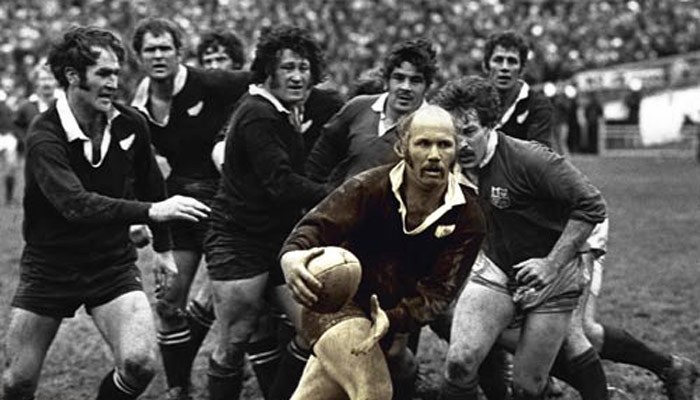 “The greatest match winner Rugby has known, Sid Going, M.B.E. halfback extraordinary. Fellow All Black Grant Batty said of him in 1977. He was and still is the greatest Rugby player in the world. ” Super Sid, ” The Story Of A Great All Black, was written by Bob Howitt.    Sid Going, the great All Black half back was born on August 19 1943 in Kawakawa New Zealand. He was a Maori rugby player, who his fans called Super Sid, and one of three brothers, all of whom were All Blacks.

Sid served a mission in Canada.  Going was honored with an MBE (Member of the Order of the British Empire) in 1978 for his contributions to Rugby, and continued to be involved with the game after retiring that same year. He coached Northland secondary school teams from 1988 to 1992, and was selector-coach of the provincial side from 1993 to 1996.