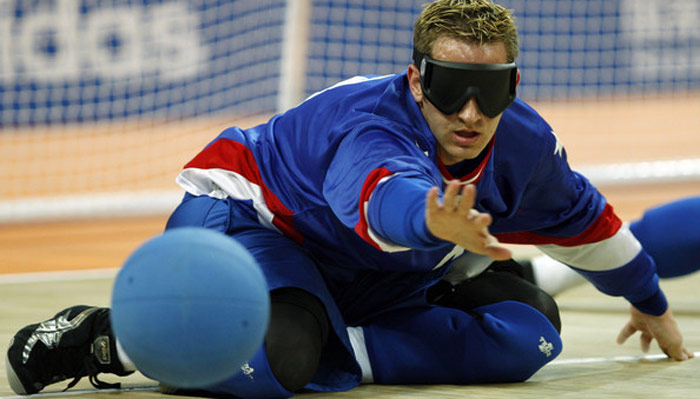 In 2004, he was member of the U.S. men’s goalball team that claimed a bronze medal in the Paralympic Games in Athens, Greece.  He returns to the team in 2008 in China.   Goalball is an indoor game for visually-impaired athletes. Teams guard a goal that spans the length of the court while trying to score on their opponent by rolling a weighted ball that has bells on it at the other team’s goal. Players throw their bodies on the floor in an attempt to block the fast-moving ball. deseretnews.com