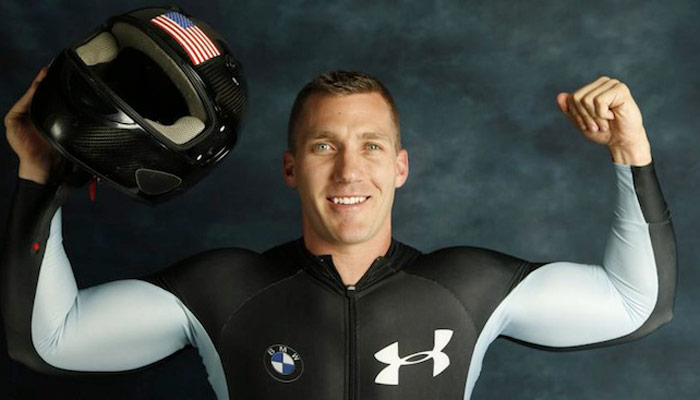 Alpine, Utah, U.S. 2010 bobsled team Chris Fogt was brakeman on the United States’ No. 2 four-man bobsled. The sled crashed on the second of four timed runs and did not compete the final day of bobsled racing.

Chris Fogt began the sport of bobsled in 2007 after attending a camp in Lake Placid, N.Y.  Since then he has pushed for drivers on the America’s Cup and World Cup circuits.

Fogt graduated from Utah Valley University with a degree in Business Managment.  While at Utah Valley he ran track and field where he was team Captain for two years, and set an indoor school record in the 100-meter sprint (10.53), and in the 60-meter dash (6.92). He also completed ROTC and commissioned into the army as a 2nd LT in the Military Intelligence branch.  He is currently a member of the World Class Athlete Program.

Chris is a returned missionary

The Alpine, Utah, resident is an Eagle Scout and also a captain in the U.S. Army. He was deployed to Iraq shortly after the Vancouver Games.