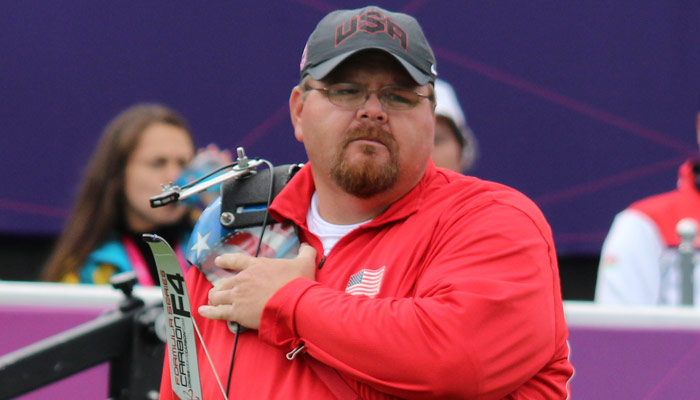 Although Eric Bennett has been competing internationally for just more than a year, he has been shooting in archery tournaments for more than eight years. At the 2007 IPC World Championships, his first international tournament, he took third place in the FITA ranking round and narrowly missed the medal stand, finishing fourth overall.
Bennett lost his right arm above the elbow in a rollover car accident when he was 15. At the urging of his father, he got back into archery nine years ago. Having only one arm, Bennett competed using a mouthtab for many years. Recently, however, he switched to a shoulder release, a move that has already paid off. Using his new release, he shot a qualifying score high enough to secure his bid for the 2008 U.S. Paralympic Team. paralympics.teamusa.org