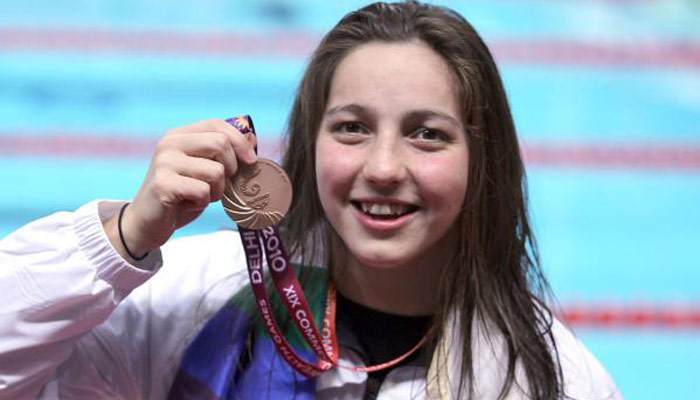 Palmer was born in Cheltenham, England. However, both her parents are New Zealand nationals and they returned to New Zealand for two years when Palmer was young, before moving back to Cheltenham when she was 3. In Cheltenham, Palmer attended St Edwards School and grammar school at the High School for Girls, where she currently holds every school record in swimming. Palmer began swimming in England, before her return to New Zealand in 2007.Her international debut for New Zealand was at the 2008 Short Course Worlds in Manchester in April 2008.

Her coach for the majority of her swimming career in England was Graham Brookhouse. During her early teenage years she was a member of the Gloucester City Swimming Club. She currently swims for North Shore Swimming in Auckland, and is coached by Randy Reese at Clearwater Aquatics in Florida. She competed for New Zealand at the 2008 Summer Olympics in the Women’s 4x200m freestyle relay.

New Zealand   Women’s 4×200-meter freestyle relay team in swimming. After moving to Cheltenham, England at the age of three, Palmer took up competitive swimming at a young age but it has only just started to make an impact in the past six months since returning to New Zealand.