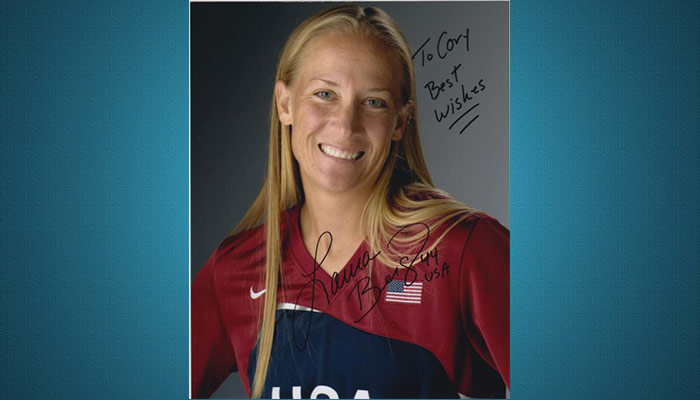 In Georgia, she finished with a .273 batting average (6-for-22, with a double) and scored two runs. She also reached base five times after being hit by a pitch. In 2000, she started all 10 games in center field. Recorded an assist on a play at the plate during the round-robin game against Japan and also had two hits in that game.