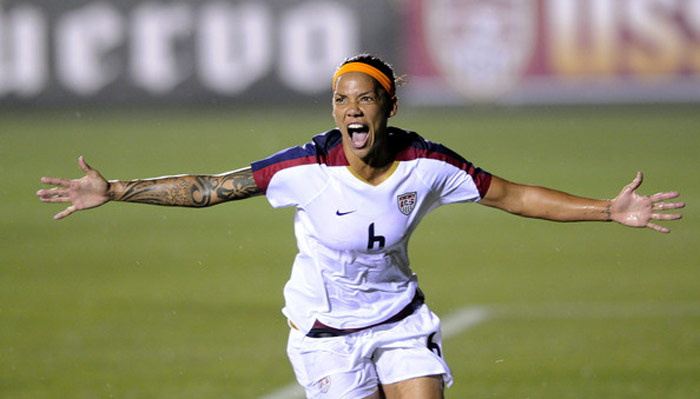 Natasha Kai of Kahuku, Hawaii, is a forward and the No. 3 goal-scorer on the U.S.  Soccer team. Natasha made her full Women’s National Team debut at the 2006 Algarve Cup in Portugal, scoring in her first two games against Denmark and France, both as a substitute. She became the 4th player in WNT history to score in her first two caps and is the first-ever player from Hawaii to play for the full U.S. WNT. She enjoys singing and takes after her father Benny Kai, who is a professional singer at the Polynesian Cultural Center in Laie, Oahu.