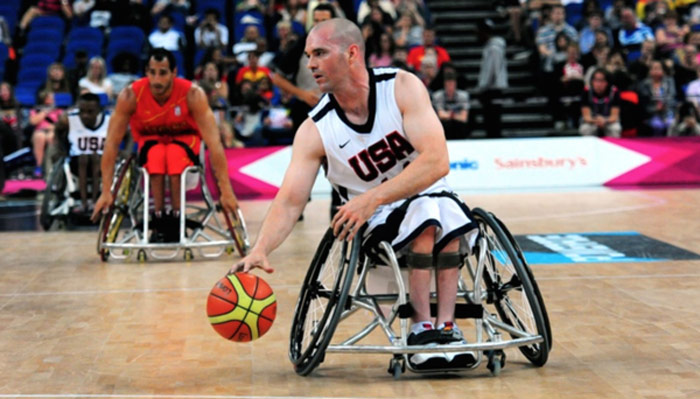 Paul s from of Ann Arbor, Mich.,Wheelchair Basketball was also on the 2000 team in Sydney and has competed in the 2008 games

Paul Schulte is no stranger to playing a major role for the U.S. Men’s Wheelchair Basketball National Team. A captain for the silver medal-winning 2006 world championships team, he also earned a gold medal and MVP honors at the 2002 world championships.  After sitting out the 2004 Paralympic Games, Schulte returned to Team USA as it looked to avenge its frustrating finish in Athens. Although Schulte’s presence bolstered the U.S. team on the offensive and defensive ends, the U.S. Paralympic Men’s Wheelchair Basketball Team did not claim a medal in Beijing.Schulte made his Paralympic Games debut during in Sydney in 2000. At age 21, he was Team USA’s youngest player. That year, the team went on to win the bronze medal. http://www.teamusa.org/Athletes/SC/Paul-Schulte.aspx