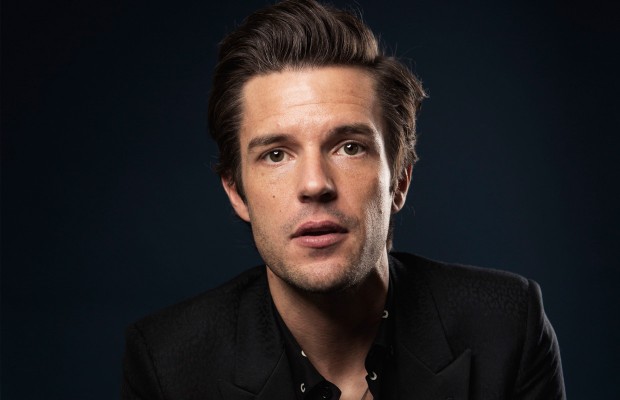 Brandon Flowers is the lead singer for the popular pop rock band “The Killers.” Because he is a world-famous rock star, people are often surprised to learn that he is also a member of The Church of Jesus Christ of Latter-day Saints.

In an interview with Spin Magazine, he explained: “I am actually a Mormon, not an ex-Mormon. I occasionally drink and smoke, but I’m trying—I’m human.”  Brandon strives to be dedicated to his faith and standards, and he has always been willing to share his beliefs with others.

Brandon Flowers married Tana Mundkowsky, an elementary school teacher. He says he gained a new perspective on life when she became pregnant. Together they are now in Las Vegas raising their three young boys— Ammon, Gunnar, and Henry. (The couple named their first born son “Ammon” after a prophet in The Book of Mormon.)  Brandon is a proud dad and hates to be away from his family for long, confessing during an interview that he “cried like a baby” when leaving the airport. 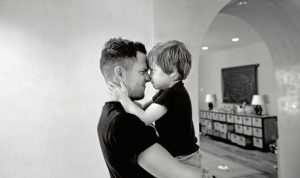 Brandon and his son, Gunnar, the 2nd of 3 sons. (Image via express.co.uk)

As Brandon has made decisions to live his faith more diligently, he says the decrease in partying has helped him feel more healthy and less guilty. In the book Killers Days and ages, he expressed his frustration in being mocked for his beliefs:

“I feel more and more alone as a person of faith. It’s not just rock stars who aren’t cool if they’re religious—it’s like it’s a taboo for any young person to be religious now.

If you love someone, and you know that love is real—that’s how I feel about God. I’ve had feelings I can’t describe that are unexplainable to me, unless there is a God. But if I say that, people look at me like I’m crazy.”

Brandon receives criticism both for his beliefs and for his failure to live up to them, seemingly caught between what he believes is right. He admits that it seems impossible to be Mormon and be a cool rockstar, but says he is trying his best to do that.

In a news article, he said “I’ve definitely even as I’ve gotten older gotten more cautious about lyrics. I feel like I want to be a positive force in the world and I want to uplift people.”

Though he does not write religious music, some lyrics could be interpreted as a representation of his beliefs. For example, in “Somebody Told Me” he sings, “Heaven ain’t close in a place like this…”

Brandon Flowers, born on June 21, 1981, is the youngest of 6 children. His older brother introduced him to different types of music than what his peers were listening to, such as The Cars, Morrissey, David Bowie, The Beatles, Pet Shop Boys, U2 and many others. This music became an inspiration for him to pursue his own music career.

His father was not originally a member of The Church, but he was baptized when Brandon was quite young. Brandon was raised in The Church of Jesus Christ of Latter-day Saints.  His parents were completely supportive of his dreams and attended many of his performances from the beginning.

Brandon’s other passion is golf, and he strongly considered going professional (like his cousin Craig Barlow, a pro golfer). Music, though, is what he was led to.

He was born in Henderson, Nevada. He and his family moved to Payson, Utah, and later to Nephi, Utah. Brandon eventually decided to return to the Las Vegas area, which is where the band was formed in 2002. 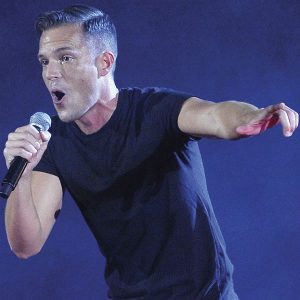 Though raised in small town Utah, Brandon has earned world-wide success and recognition through his music. His main job in The Killers is to provide tenor vocals, but he also plays the keyboard and bass guitar.

Brandon released a solo album, “Flamingo,” in 2010, and it charted in the UK at number one. In 2015, he released his second album, “The Desired Effect.” The Killers were nominated as a group for MTV “Woodie” Award – Best Emerging Artist.  They were also selected as one of the top ten finalists for the 2004 Shortlist Music Prize for Artists Achievement in Music.

Brandon Flowers many not seem like a typical Mormon or a typical rock star, but he is trying to live both realities. He strives to follow the wisdom of the Abraham Lincoln quote he has hanging in his kitchen: “Whatever you are, be a good one.”