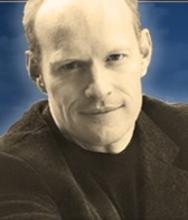 Jon Schmidt is a very talented and gifted Mormon pianist, a member of The Church of Jesus Christ of Latter-day Saints. All of Me, Waterfall, To the Summit, and Love Story meets Viva la Vida (Taylor Swift Remix) are some of his impressive and very famous compositions, and this man has united fans of classical piano music and modern piano music lovers. He describes his style as “New Age Classical,” because it has pop elements of hook and melody. He is very well known for his treatment of harmony, counterpoint, and rhythm.

Schmidt is an American Mormon pianist. He was born to German immigrants who acquainted him with the works of such composers as Beethoven, Mozart, and Chopin. He began songwriting at age 11. As of 2012, he has released eight albums and seven piano books containing transcriptions of original arrangements.

Schmidt’s arrangement for piano and cello of Taylor Swift’s “Love Story” and Coldplay’s “Viva La Vida”, which is called “Love Story meets Viva La Vida” has more than 2.04 million hits on YouTube. Many of his avid fans have even post videos for YouTube emulating his styles. He currently works on a project with cellist Steven Sharp Nelson called “The Piano Guys,” which has proved quite popular. Some of Jon Schmidt’s influences are Mannheim Steamroller, Billy Joel, and Beethoven. Schmidt has also worked with Peter Breinholt for Especially for Youth.  In the following video, the Piano Guys combine with Mormon Hip-Hop violinist, Lindsey Stirling for a rendition of Mission Impossible:

•” Hymns Without Words,” 2006, JS Productions
For the Beauty of the Earth
Renaissance Hymn (Let Zion in Her Beauty Rise / Saints Behold How Great Jehovah)
Baptism Hymn
A Poor Wayfaring Man of Grief
Our Savior’s Love
Onward Christian Soldiers
Hymn of Nature (All Creatures of Our God and King)
Funeral Hymn (Jesus the Very Thought / Tribute)
That Easter Morn
O Savior, Thou Who Wearest a Crown
Behold the Wounds in Jesus’ Hands

• “To The Summit,” 2000, JS Productions
Prelude (My Little Girl)
Rush Hour on the Escalante
To the Summit
Night Song
Game Day (Highland Games)
Air on the “F” String
Our Song
I Do
Can’t Help Falling in Love
Sacred Ground

•” August End,” 1991, Aubergine Records
Heart of a Child
Homecoming
Nativity
First Love
Ridin’ West
August End
Piece Of The Storm
All Of Me
Song Of The Ocean
Bedtime Story

As a member of The Church of Jesus Christ of Latter-day Saints sometimes called the Mormon Church or LDS Church, Schmidt has demonstrated his faith by creating clean music and religious music. One of his CDs is a collection of hymns without words.

He is currently residing in Bountiful, Utah with his wife Michelle and their five children.