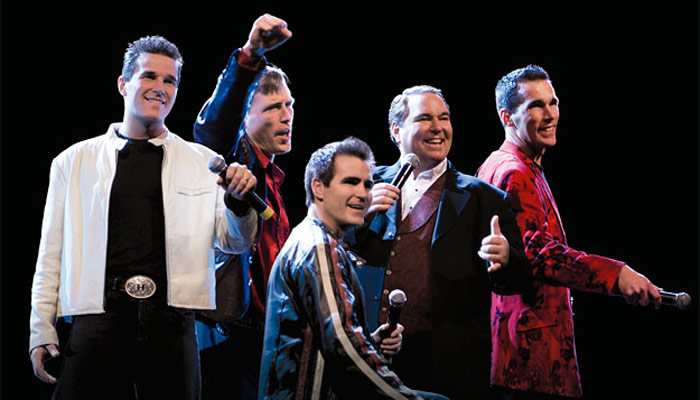 In January of 2000, the Hughes Brothers took over the former Roy Clark Celebrity Theatre, Branson’ s landmark theater in the heart of town. The family not only performs there six days a week, but also ownes and manages the theater now renamed The Hughes Brothers Theatre.

When the entire Hughes family packed up and moved to Branson, Missouri from their home of 27 years in Taylorsville, Utah, they had no idea of the adventure in store for them. Two of the brothers were married at the time and came with their wives and children. The three other brothers have also since been married. Marty, Jason, Adam, Ryan, and Andy are married to Cindy, Mara,Vikki, Carina, and Becky, respectively. Now their wives and 27 children are also in the show, delighting audiences as they entertain alongside the brothers. With the largest cast in Branson, they also carry the title of the “World’s Largest Performing Family”. hughes-brothers.com