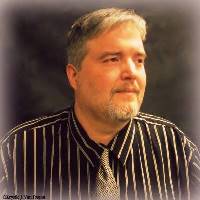 Timothy composes and produces numerous music works that have appeared in various theatre shows, audiobooks, and other productions. Collaborating with other writers as a composer, he also helps to create all new musicals. He has created and produced his own musicals as well, such as Magick & Poison. The music albums that he has created include:

“Ode to Creation” (music album in 2008, co-arranged with Steve Kreis)

“Selections from The Music of Timothy S. Klugh” (music album in 1992)

Encouraging others to pursue their dreams, Timothy has helped nearly a hundred independent artists to make their initial leaps toward their own goals via his own facility called T.S. Klugh Studio, a recording and music production shop.

For his efforts, much of Timothy’s work has received awards, recognition, and numerous good reviews. He has brought about many creations and continues to make more. You can find Timothy on Facebook, and YouTube.

To learn more about Timothy S. Klugh, and his creative works, please visit his websites:

The Creations of Timothy S. Klugh