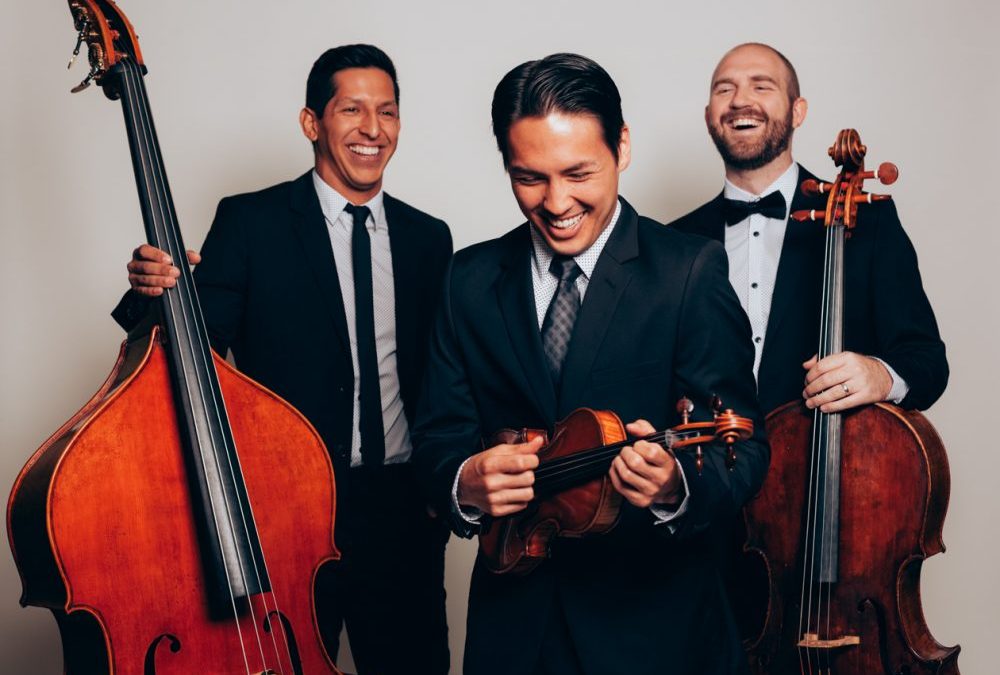 Simply Three is a musical trio that is far from simple. The group, formed in 2010, is comprised of Glen McDaniel, Nick Villalobos and Zack Clark. Simply Three performs chamber covers of popular songs in a bass/cell/violin trio.

The original trio consisted of Nicholas Villalobos (bass), Nick Clark (cello) and Olivia Lemmelin (violin). Clark and Villalobos have been friends since childhood, and had always wanted to form an ensemble. All three members graduated from Arizona State University with a Bachelor Degree in Music Performance. They released their self-titled album, Simply Three, and recorded the soundtracks to the films Brahmin and Within.

In 2013, Alex Weill replaced Lemmelin on the violin. Then in 2014 she was replaced by Glen McDaniel. The trio has been praised for their traditional techniques and modern sound. Their covers of popular songs manage to sound original. Their popularity has risen on YouTube and Simply Three now has over 500,000 subscribers.

Simply Three released their EP, Two Worlds Collide, and have since had the opportunity to work with some of the world’s most popular and notable musicians like Janelle Monae and Jeff Smith.