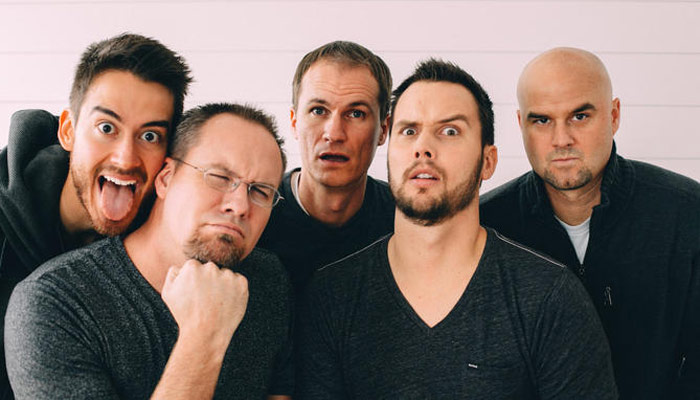 Brett, David, John and Randy Roberts — along with friend Richard Sharrah and the rest of the Roberts’ family

Four older siblings, Lisa, Mike, Mark and Leslie, have also participated in the filming fun. The whole family resides from Draper to Payson

The idea of using kids to tell family legends came about when Randy was attending dental school in New York and wanted to enter something in a multi-stake LDS film festival. He developed the concept and enlisted his family to helping make the first episode. In the video, children recount how John and Randy once had a road rage confrontation with another driver. The film won the festival by a landslide. After the festival, the video was posted to YouTube. Since then, more than 1.1 million have viewed the six-minute film. Deseret News