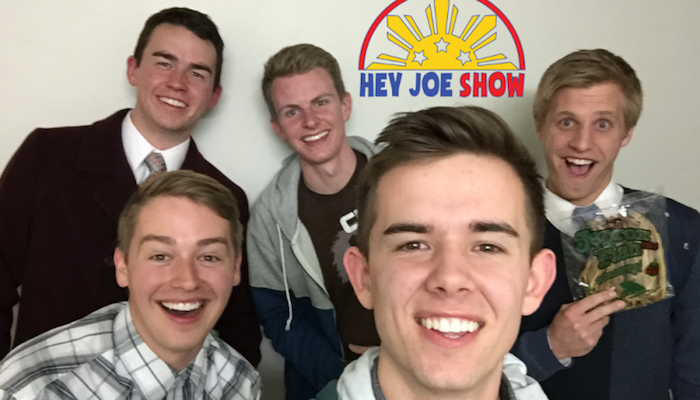 Brigham Young University recently made a video about the Hey Joe Show, a “multi-platform social media group dedicated to celebrating and exposing Filipino culture to a global audience” according to the Hey Joe Show about page. BYU’s mini-documentary explains that the Hey Joe Show is a group of Mormons who all served two-year missions in the Philippines. Upon arriving home, they attended BYU together and started filming videos in Biyasa, one of the native languages of the Philippines. Their videos are funny and family-friendly. Within a very short time, the Hey Joe Show gained thousands of followers in the Philippines. However, the group had no idea that they had become celebrities until they decided to tour the Philippines. The huge crowds of people filling the malls and the screaming fangirls were not at all what they were expecting. They were shocked that their show had gained so many fans.

The members of the Hey Joe Show are Connor Peck, Davis Blount, Tylan Glines, Jake Mingus, and Sumner Mahaffey. They are all in their early twenties and are graduating from Brigham Young University. Sadly, some of them are moving out of state and going on to start their careers, and so the show will probably not be the same. Still, they hope to maintain a connection with their Filipino fans.

Below is BYU’s video:

The following are a few of their videos: