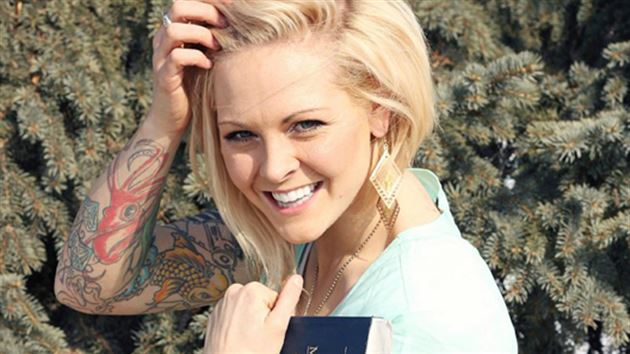 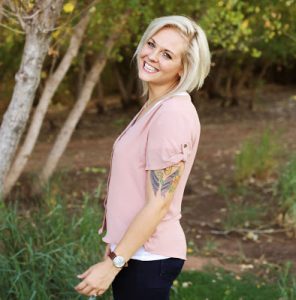 Al Fox Carraway is an LDS convert who is famous for her public speaking, inspirational story, and is the author of the book More than the Tattooed Mormon. Originally from New York, Carraway now lives in Utah with her husband, Ben, and their children.

Before her baptism, Fox enjoyed expressing her artsy style with several tattoos. However, once she entered the waters of baptism, she knew it was important not to get any more. Mormons believe that our bodies are gifts from God and that we should not get tattoos, have excessive piercings, or purposefully harm them. Fox felt the need to make YouTube videos. Through her videos and blog she has created a mission statement to “use the Internet for good.” She shares hopeful messages along with her testimony to people around the world. (From the Deseret News)

After seeing that she would be judged by some members of the church because of her tattoos, she began using the internet as a way to communicate her feelings about the importance of being kind and accepting no matter who they are or what they look like. She creates inspirational posts and audio versions of many posts that are intended to spread her message of joy, forgiveness, and spreading the gospel of Jesus Christ.

In 2015, Carraway released her book More than the Tattooed Mormon. It became a bestseller and tells her story – in her own words – of her story and struggle with conversion to The Church of Jesus Christ of Latter-day Saints. The book is moving biography that addresses the challenges faced by those who have a hard time feeling like they “fit in” after joining the church.

Carraway is also the name behind a line of journals and home accessories that can be found and purchased through her website.

In 2017, Carraway threw the first pitch at a Diamondbacks vs. Colorado Rockies game in Arizona.

Carraway announced that she and her husband, Ben, would be collaborating on a book about lessons they’ve learned about their marriage called Cheers to Eternity that will be released later in 2017.