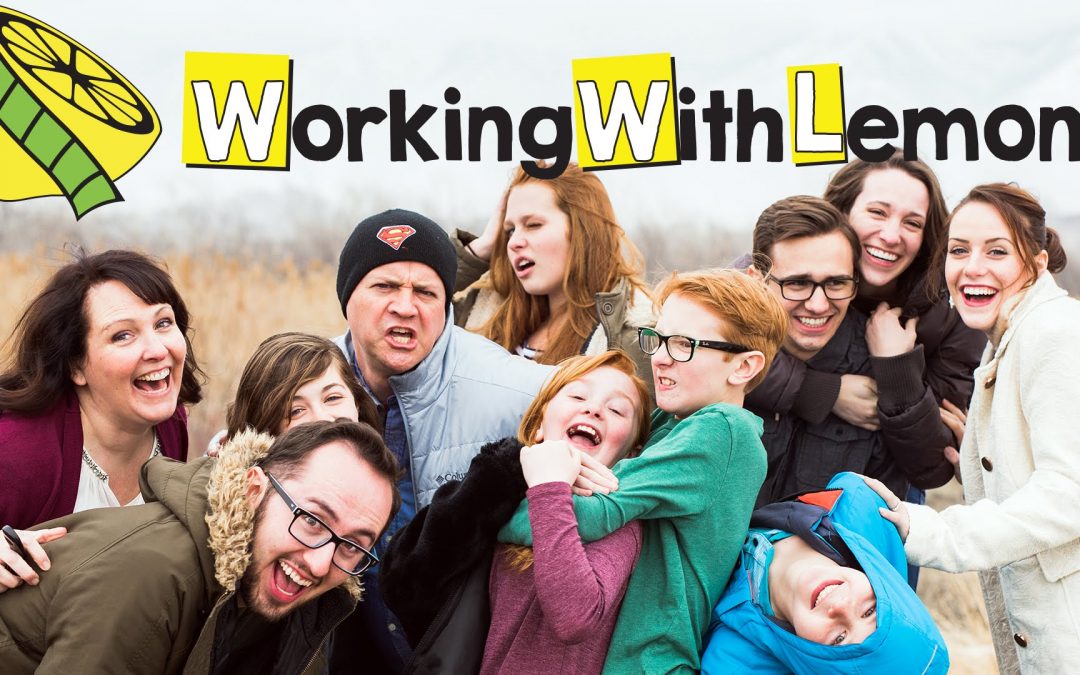 Working with Lemons is a highly successful YouTube channel run by members of The Church of Jesus Christ of Latter-day Saints. They are most famous for their covers of Disney songs from Frozen, Tangled, Moana, and many others. They also make lots of Disney parodies. The channel was started by the Bourne/Bagley family. Jean Bagley, who had six children, married Ernest Bourne, who had three children. When Jean married Ernest, it created a pretty big family who is now the center of Working with Lemons, along with their friends. Here’s a list of a few of the people behind Working with Lemons:

Robbie Bagley – sometimes acts, but usually he directs and edits the videos. He played Olaf in their cover of “In Summer” from Frozen.

Camrey Bagley Fox – plays Elsa in their Frozen videos, including their cover of “Let It Go.” She has also played many other characters, including Belle and Princess Laya. She is married to Jeremy Fox.

Anson Bagley – played Hans in the Frozen video, “Love Is an Open Door”

Austin Wilson – helps behind the scenes

If you are interested in appearing in one of their videos, Working with Lemons occasionally calls for auditions. You can subscribe to their newsletter on their website to find out when they are looking for new actors.

Below are a couple of videos that explain more about the Working with Lemons family and what they do.