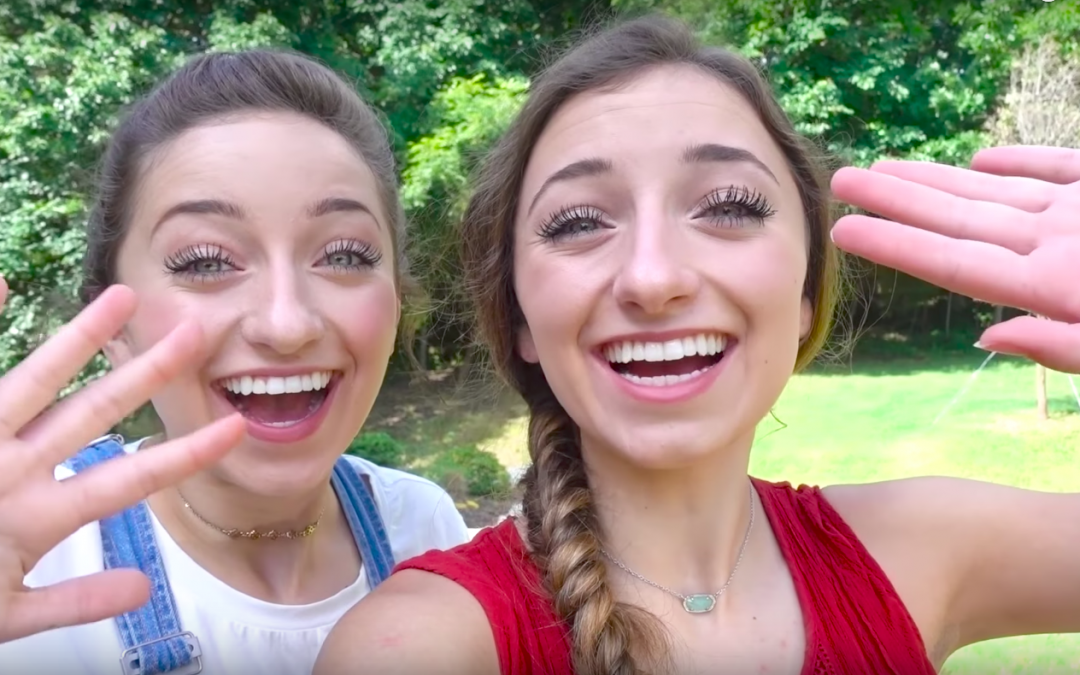 Brooklyn and Bailey McKnight are identical twins (obviously) who run their own YouTube channel, Brooklyn & Bailey, where they post videos about fashion, crafts, beauty, family vlogs, and music videos. They post a new video every Wednesday afternoon. They have gained over 4 million subscribers to their channel, and their videos have over 580 million views. Their very first video was posted on March 17th, 2013 which they used as an introduction for their vlog.

While their first video on their own channel was posted in 2013, they had already been serving as hair models for their mom’s channel, Cute Girls Hairstyles. Their mom, Mindy McKnight, posted her first video on March 18th, 2009, and her channel now has over 5 million subscribers. Her videos have also garnered nearly 1 million views. The fact that Brooklyn and Bailey were featured on their mom’s channel gave them an edge when they started their own. Fans of Cute Girls Hairstyles were already interested in learning more about Brooklyn and Bailey. Thanks to their huge fan base, Brooklyn and Bailey are now YouTube millionaires.

They have recently started to make music videos on their channel because they both love singing. They filmed their first music video with Peter Hollens where they sang an acapella cover of “A Life That’s Good” by Lennon and Maisy. Brooklyn and Bailey show a unique ability to harmonize well with each other. Their voices are very gentle and smooth. After their experience with Peter, they decided that they wanted to try making music videos of their own. Below is a music video for an original song, “Simple Things,” a duet by Brooklyn and Bailey.

Brooklyn and Bailey also started a YouTube channel called Squared where they asked twins from all over the world to post fun videos about what it’s like to be twins. Below is the intro video they created for that channel.