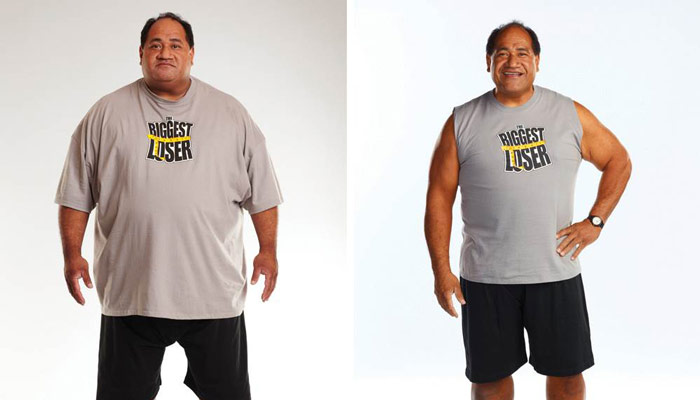 Moses Kinikini knew he had to change his life in February of 2010 when he reached 475 lbs.  He had so much pain in his legs that it hurt to get up and down, and he realized he couldn’t live that way anymore.  A longtime fan of the show, he was inspired by season eight winner Danny Cahill, and decided while watching that season to try out in Salt Lake City with his daughter, Kaylee.  Moses wasn’t overweight as a child.  He was born in Honolulu, Hawaii, raised in southern California and Nampa, Idaho with six siblings and graduated from Brigham Young University with a degree in marketing.  He was big, but always athletic.  Food was an important part of his Tongan culture, and he eventually became obese when he was in his early 30s. Now, the married, 47-year-old father of two daughters suffers from sleep apnea and high blood pressure and weighs 440 lbs.  He hopes to have a closer relationship with his wife and play volleyball at a competitive level after he loses the weight. tvgrapevine.com