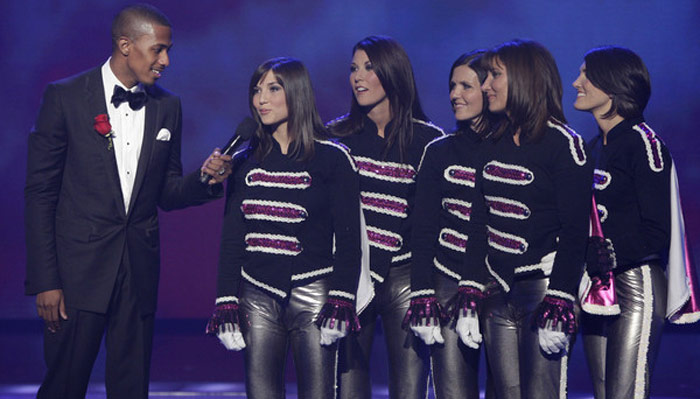 From a dairy farm in rural Utah where life consisted of raising wheat, cows, and family, came five fabulous sisters who could accomplish daily dairy chores in the morning and dance like wildfire at dusk. Nearly three decades of dancing has brought tours, trophies, husbands, and kids. Ultimately, the sisters’ lives have been filled with smiles and tears: their father lost his farm to economic hardships, a child with severe Cerebral Palsy and another with kidney disease, but through it all, family and dancing were there.  NBC.com

Veva Ahlstrom, Cambria Gibson, Ayrion Meyers, Shaundalee Morgan and LaChere Vawdrey — aka the Fab Five — defied the odds to make it as far as they did.

If nothing else, they may well be the most successful cloggers in TV history.