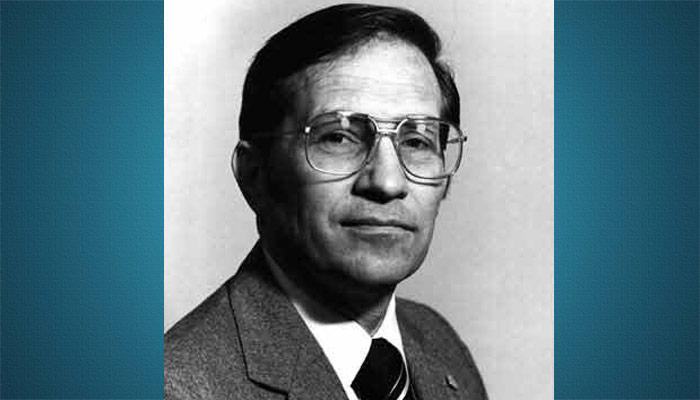 He is a pioneer in the revolution of digital audio, was instrumental in development of digital recording and the digital audio disc which led to the compact disc revolution. He is a fellow member of the Audio Engineering Society; a life member of the Institute of Electronic and Electrical Engineers (IEEE) and author of many technical papers on audio and acoustics. He was chairman of the International Electro-technical Commission (IEC) responsible for setting standards in audio, video and multimedia systems for world standardization; engineering and management executive for Matsushita Electric Industries (Panasonic, Quasar, Technics, etc.); and recording engineer for Denon recordings of classical music.

Almon H. Clegg was reared in Heber City, Utah and graduated from Wasatch High School. He immediately left for the “big city” of Provo and enrolled in BYU’s engineering school. He says, “I was 18 years old before I knew there were choices in life that the present generation learns in grade school! In other words, I was born into an LDS family of pioneer heritage where the gospel principles were taught every day—and glad and proud to live by them!”

At BYU he ran into Harvey Fletcher, Sr., father of stereophonic sound. Almon had always been interested in audio electronics, so meeting this renowned scientist was a cherished experience. He designed and supervised the multichannel audio system used on the Hill Cumorah during the pageant. One of his designs was a horn-type loudspeaker that was so big it would not fit on the back of a truck and had to be shipped to New York on a rail car flatbed.

I worked in the manufacturing sector for a few years in Rochester, New York, for Stromberg Carlson, makers of industrial audio and telephone and military equipment. My work was mostly in manufacturing and quality control. Soon my world had grown a lot bigger, and I switched over to Sylvania Electric in Batavia, New York, where I was worked as an audio design engineer. I designed some of the first all-transistor, solid state audio systems marketed in the USA. Sylvania was a leader in home audio and TV entertainment in those years. Transistors had just become commercially viable in this field and I studied them deeply to develop a more detailed understanding of these new circuit applications. Soon I was called to teach transistor circuit theory to the other design engineers while at Sylvania.

My pursuits in engineering activities and long interest in reproduction of recorded music led me to develop computer simulation programs for loudspeakers and other products that furthered the science of sound and audio. From my involvement with the Audio Engineering Society I was awarded Fellow member status, the highest given regular members.

While in Matsushita/Panasonic I became very much interested in digital audio recording. At the time audio was completely an analog science and digital techniques were just being developed. In fact, the first attempt to do anything in digital recording did not come to fruition until around 1974 or 1975. Mostly, video recorders were used to record the digitized audio signals.

I became well acquainted with one of the chief engineers in Kodama, Osaka, Japan and worked with his laboratory in developing a small optical disc manufacturing plant where production of some of the very first Compact Disc music recordings were made. At first it was a pilot plant to conduct research and testing, but as time went by and the kinks were worked out, I persuaded them to do commercial replication for one of the key high fidelity music companies in the United States.

I had already been pushing the laboratories and manufacturing plants to produce CD players as I could see the science of digital audio changing the entire way music distribution was to be done in future years. Overcoming disc defects and digital-to-analog conversions had taken place quite well, and it was clear that even though the early disc players were very expensive, they would come down in price and the public would soon learn to appreciate the improved sound quality and low noise. It did indeed become so.

I remained involved in pushing through with digital audio products. The Compact Disc was introduced to the world officially in 1982 and penetrated the consumer market faster than any other product in history! The recording company that Matsushita made CDs for became the leader in high fidelity recordings and is to this day one of the most respected high-end makers of compact disc music products.

During the last several years, while consulting for mostly large international companies, I have been a temple ordinance worker, having served in the Washington D.C., Atlanta, Las Vegas and Mount Timpanogos temples. Of course, nothing compares to being home at Christmas with my eight children, their husbands and wives and 25 grandchildren.