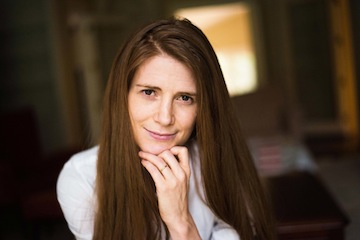 Athelia Lesueur was the fashion designer and CEO in New York City for the fun and colorful brand, Shabby Apple. Lesueur writes on her Mormon.org profile that she has always love clothes. Being able to work with clothes is a dream come true! When she was pregnant she was so excited to design clothes for her. Now she has two children that are all over her Instagram.

Along with her children, Lesueur posts many things about her life and about Shabby Apple on her Instagram. She posts many things about when new product lines are coming out, photoshoots, and store happenings. She always has pretty pictures, bright photography, and inspiring messages of happiness. Shabby Apple is a modest clothing company made for women who want to dress modestly but stylish at the same time. Lesueur just recently sold Shabby Apple as she felt she needed to move onto something new.

Lesueur has a dynamic background in which she has studied automotive, dance and a history of custom class. She attended Stanford where she studied art history. After she graduated at Stanford, she went to study dance at Trinity Laban Dance Conservatoire. However, while there she developed an autoimmune disease that made dancing a lost dream. The autoimmune disease however, did not stop her from getting another degree in social work from Columbia University. She is very well educated and extremely diverse in her knowledge.

Watch this video about why Lesueur is Mormon. It was made a few years ago, however it still holds true today!