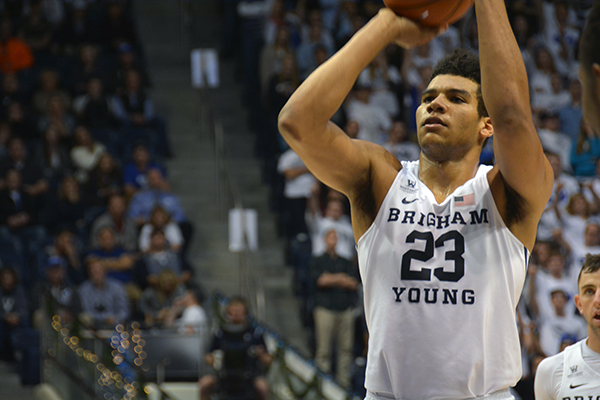 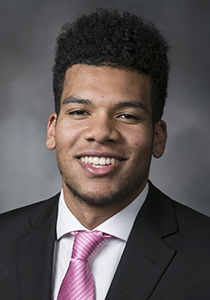 The high-scoring basketball player, Yoeli Childs, from South Jordan, Utah, is Brigham Young University’s (BYU) star power forward. Yoeli was not a member of The Church of Jesus Christ of Latter-day Saints (often referred to as “the Mormon Church”) when he chose to play basketball for BYU.

Although over 90 percent of the student body are Latter-day Saints, Yoeli was not concerned because he had grown up among members of the faith and was living the standards expected of BYU students. He told the Church News, “I knew that just being a good person was really what the Church was all about.”

Speaking about his teammates and friends at Utah’s Bingham High School who are Latter-day Saints, Yoeli told the Church News, “They were making great decisions in their lives. They were living right. They were following the commandments. They were doing great things. They just had a certain light about them … and I knew I wanted to be like them.” He recalls, “they were never sanctimonious or preachy. They were regular, fun-loving guys.” He was always invited to join them at church and sometimes tagged along. 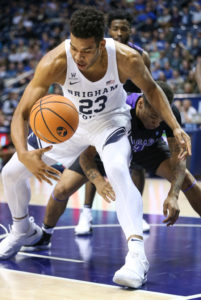 He also said that he’s always blessed by Christ-centered examples that help guide his young life. First and foremost, he credits his mother, Karla Childs – a single parent who raised him and his younger brother, Masay, to be kind, hard-working, upstanding young men. His mother was not a member of the Church but instilled great values in her sons and taught them to always go out of their way to help others.

Yoeli started investigating the Church during high school while dating his now-wife, Megan Boudreaux. He was a junior and the anchor of the basketball team. She was a senior and the Miners’ star volleyball player. And both were members of the school’s unofficial  “long and tall” club. Yoeli stood 6-foot-8-inches tall. Megan was 6-foot-2.

He said, “I don’t know if I believe in love at first sight, but the first time I saw Megan I just knew that she was someone special. … My heart just started going crazy.” Megan was drawn to his generous personality. She said, “I thought he was different than a lot of guys his age. He was always very mature.”

She told him she wanted to get married in the temple. He knew that he wanted to spend his life with her, but he also knew that he needed to know if the Book of Mormon was true. So, one night he prayed to find an answer. He recalls, “I could not put the book down. … I remember reading something in Alma one day and realizing, ‘Hey, this is true.’ I knew there was no way that an uneducated kid in New York could just make this up.”

After claiming Deseret News MVP honors during his senior year, he adhered to a simple college selection criterion: Attend a school “where my life would be elevated.” His hopes were to, in turn, help to elevate others. Given his length and athleticism, Childs could have played at a number of high-end D1 schools but he opted for BYU. 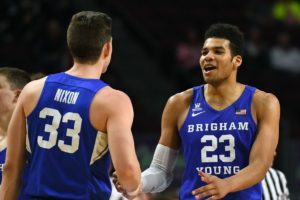 Yoeli’s decision to become a Cougar paid off immediately. He was named to the West Coast Conference (WCC) All-Freshman team while earning a spot on the Commissioner’s Honor Roll. He later claimed all-conference honors following his sophomore and junior seasons.

He found Christ-centered examples in his teammates and coaches at BYU. He started talking to former Cougar star center (now an NBA player for the Sacramento Kings) Eric Mika, who asked him what his feelings were about the gospel. He told Mika that he knew the Book of Mormon was a true book. Mika, himself a returned missionary, told him that it was time to get serious about the Church and organized a meeting with the missionaries. Both Mika and Boudreaux sat with Childs through the discussions. He was baptized in July 2016 at the age of 18. 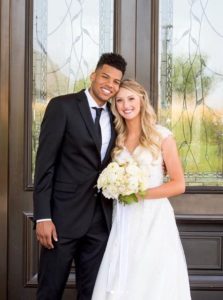 On 3 August 2018, Yoeli married his high school sweetheart, Megan Boudreaux, a fellow elite athlete who played volleyball at the University of Utah and Utah Valley University, in the Payson Utah Temple. Her quiet testimony taught him that joy comes in gospel living. He and Megan currently teach a Sunday School class of 14- and 15-year-olds in the Hillcrest 4th Ward in the Orem Utah Hillcrest Stake. He still leans on her day-to-day example and he remains her own gospel example. Megan said, “Yoeli has a gift for making people feel special. He seems to be aware of their needs, and he makes time to do the little things, like taking a little more time to talk to someone.”

Yoeli told the Church News he’s seen how his faith has blessed his life as a basketball player. He said that choosing BYU was the best decision that he has made in his life, besides marrying his wife. He continued, “Being an athlete can be hard. There are so many ups and downs. You can do everything right and still fail. And without faith, it can sometimes feel hopeless. But being a member of Christ’s Church has given me that faith. I know I can lean on a power greater than myself.” He added, “I’ve always thought the best way to spread the gospel is by spreading Christ’s love. You can talk doctrine all you want … but I think the best way to share Christ’s love is to be like Him.”