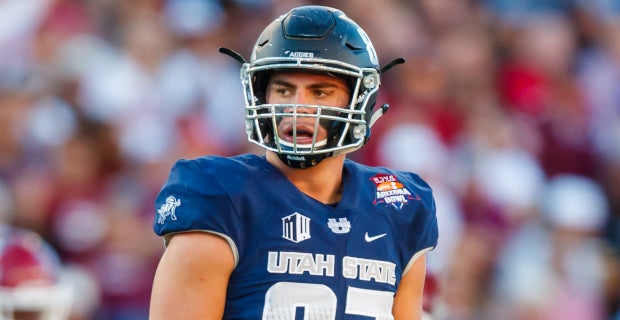 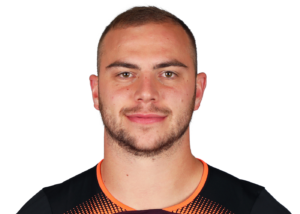 Dax Raymond is a returned missionary for The Church of Jesus Christ of Latter-day Saints. He served his two-year mission in Russia before heading off to Utah State. He is also a rookie for the Chicago Bears, a professional American football team based in Chicago, Illinois, that competes in the National Football League (NFL).

Raymond was the All-Utah pick in football and basketball at Timpview High School in Provo, Utah. In his final two seasons with the Utah State Aggies, he garnered honorable mention All-Mountain West honors in 2017 and 2018. NFL.com reports that Raymond “caught 41 passes for 456 yards (11.5 average) and a score as a junior, and then grabbed 27 passes for 345 yards (12.8) and two touchdowns in his senior campaign.” In 2016, he redshirted due to a back injury after playing as a reserve in nine games the previous season.

Dax Raymond is 24 years old, 6’4” tall, and weighs in at 245 pounds. He wears jersey #46 for the Chicago Bears and plays the position of tight end. He says that he would not be where he is today if he had not served a full-time mission for the Church, and his teammates want to celebrate that. 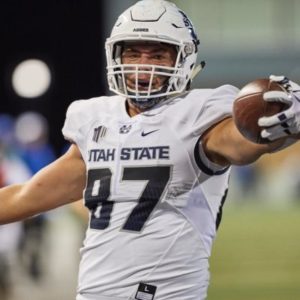 As part of a new video series highlighting the new rookies on the team, the Chicago Bears highlighted Raymond as how his mission to Russia helped shape his life. In the video, Raymond comments, “On a [Latter-day Saint] mission, you commit everything. All your concentration is on the Lord. From the second you wake up to the second you go to bed, it’s, ‘What can I do to help the people?’” That attitude of service has stuck with him beyond his mission as he played for the Aggies at Utah State University.  Although he was unable to play the first year after his mission due to a back injury, he was loyal to his team and gave them support in any way that he could.

That loyalty and devotion did not go unnoticed. Chicago Bears area scout David Williams says, “This is an individual who is smart, he’s competitive and versatile. Guys at Utah State, you want to see them stand out relative to the rest of their Mountain West competition.”