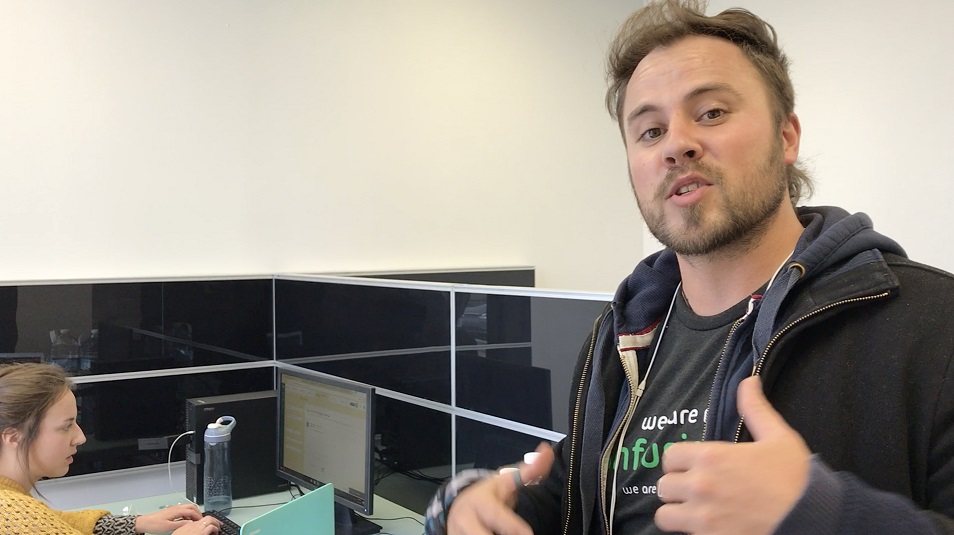 Thirteen years ago, 34-year-old entrepreneur, Trevor Chapman, was a broke college who earned extra money by going door-to-door selling pest control. In time, he was able to launch his own business, installing solar panels, that rapidly expanded across three states.

After two years in the business, Trevor realized that something was missing. He told cnbc.com, “There came a point in time when I had to say, ‘I’m in my mid-thirties, am I willing to wait until some of my kids are out of the house … [to enjoy] my life to the extent I imagined I would?”

He came across a quote by Warren Buffet, CEO of Berkshire Hathaway, which gave him a whole new perspective. The quote reads, “If you don’t find a way to make money while you sleep, you will work until you die.” The import of the answer to his probing question inspired him to invest $200 to launch LDSman.com, an online store that offers a rare assortment of items sourced from China (outdoor gear, hangout bags, selfie drones, mini Wi-Fi surveillance DVRs, charcoal toothpaste, fidget spinners, and more).

Before quitting his day job, Trevor wanted to test the waters to see if it was possible to make a living selling things online. The star-up costs were minimal, and he only spent a few hours a night working on the project. He bought a domain name for $2.99 a year and set up a Shopify account with a $14 trial. His biggest expense in the venture was spending $100 a day on a Facebook advertising budget. His website, LDSman.com, went live on 11 November 2016.

He lost money the first day and soon realized that he was selling the wrong product. He said, “My initial thing was that I was going to sell Mormon artwork online. That was probably up for 10 hours. I realized that what I was peddling online was not compelling enough to drive traffic.” He relied on lessons learned from his solar panel operation and applied the principles to online selling, noting that “to pull someone away from their friend feed, you’ve got to be offering something interesting.”

Mormon art was out, and inflatable lounge chairs were in. Sourcing from China on Alibaba and Aliexpress, Trevor was able to find other products for $4.99 that he could resell for $59.99. He set up arrangement with his suppliers (over the popular Chinese messaging service WeChat) to have his orders shipped directly from the warehouses in China to his customers in the United States – a practice known as drop shipping.

Just two weeks in, he had his first $10,000 day. The revenue allowed him to hire out time-consuming customer service work to a team of freelancers in the Philippines. He pays each team member $700 a month (low by U.S. standards but notably higher than the $400 monthly average a family in the Philippines earns). He also increased his budget for Facebook advertisements, focusing more money on the ads that attracted the most purchases. He also purchased a 9,000-square-foot warehouse in Salt Lake City and hired a five-person fulfillment staff.

Within 92 days, Trevor garnered his first $1 million in sales, and went from working 12-hour days at his solar panel company to spending just 90 minutes each week on his site. In 2018, according to cnbc.com, he sold LDSman, along with his corresponding e-commerce logistics companies, to a holding company in a deal worth over $10 million. The deal also included selling Academy of Arbitrage, the educational site Chapman founded to walk others through getting started in e-commerce. The business venture convinced Trevor that e-commerce offers the best opportunity for anyone to take control of their time and make money, even for the inexperienced just looking to start something.