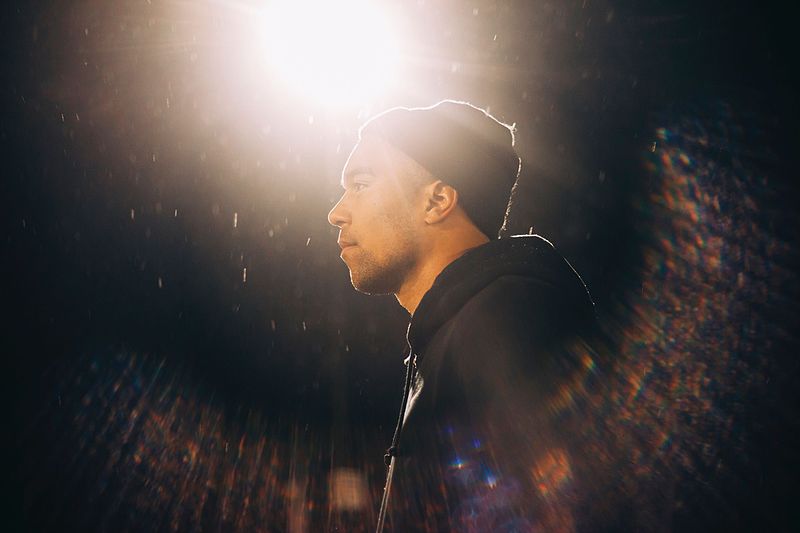 If you’re not already following James the Mormon on Twitter, then you’re missing out. Not only does he post inspiring messages—he’s also pretty hilarious. For example, on May 17th, 2017, he tweeted something that I’m sure we can all relate with:

All trust goes away when you're looking for the remote.

I'm tired of people assuming I've got a good personality because I'm ugly.

James the Mormon knows how to poke fun at himself.

On a slightly more serious note, the following message is pinned to the top of his Twitter page:

Life is probably the craziest thing I've done since the War in Heaven.

“Life is probably the craziest thing I’ve done since the War in Heaven.” – James the Mormon

This message is pretty funny, but it also has a lot of depth. For readers who aren’t familiar with what Mormons believe, we believe that before everyone was born, we lived with God as spirits in Heaven. Because God loves us, He created a plan for us to be able to progress and become more like Him. This plan involved sending us to Earth to obtain bodies. A war occurred between God and Satan, who was then called Lucifer, because Lucifer disagreed with God’s plan. He wanted to take agency (free will) out of the equation. Most spirits (us) chose to fight on God’s side, but a few of them were enticed by Satan’s plan and chose his side. The spirits who decided to follow Satan were cast out of Heaven along with him. The rest of us chose to follow God’s plan for us to come to Earth and receive bodies so that we could be tested, grow spiritually stronger, and eventually return to God again.

If you’re interested, here are a few links to scriptures from the Bible and Book of Mormon about the war in heaven, Lucifer, living with God as spirits before this life (premortal life), and the purpose of life. 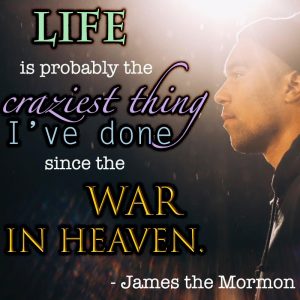 So that’s a rough summary of where James is coming from. The fact that this particular tweet was pinned to the top of his page suggests that it might be something of a “motto” for him, something that reminds him that he, and everyone, is part of something bigger. Life is crazy, and it can be extremely hard. We all go through difficult experiences, but it’s nice to know that these experiences are meant to make us stronger and help us learn and lead us back to ultimate happiness.

One might wonder, “Why would I have chosen to come to Earth? It’s so hard!” Well, we had a more far-reaching perspective when we made that decision. We knew, and God knew, that it was the only way that we could achieve the greatest amount of happiness. We also knew that we wouldn’t be alone—God would send us help. The biggest help of all would come through His Son, Jesus Christ, whom He sent to Earth to pay for our mistakes. He knows all of our pain because He’s experienced it. Therefore, He understands us better than anyone and is there for us during our darkest times. All we have to do is ask.

So yes, life is crazy, but we fought a war to get here, so it must be important. And it’s not all there is. Isn’t that something? In my opinion, being Mormon makes life easier to handle. Like, if someone dies, I know that I’ll see them again. If I lose my job or my house or my scholarship or whatever, I know that it’s not the end of the world and that God will help me through my trials. In fact, the challenges I face will make me stronger and help me to learn truths that I would not be able to learn any other way.

Basically, “James the Mormon’s” quote makes us smile and reminds us that this life is not the beginning, nor is it the end.

Click here to read more about James the Mormon.