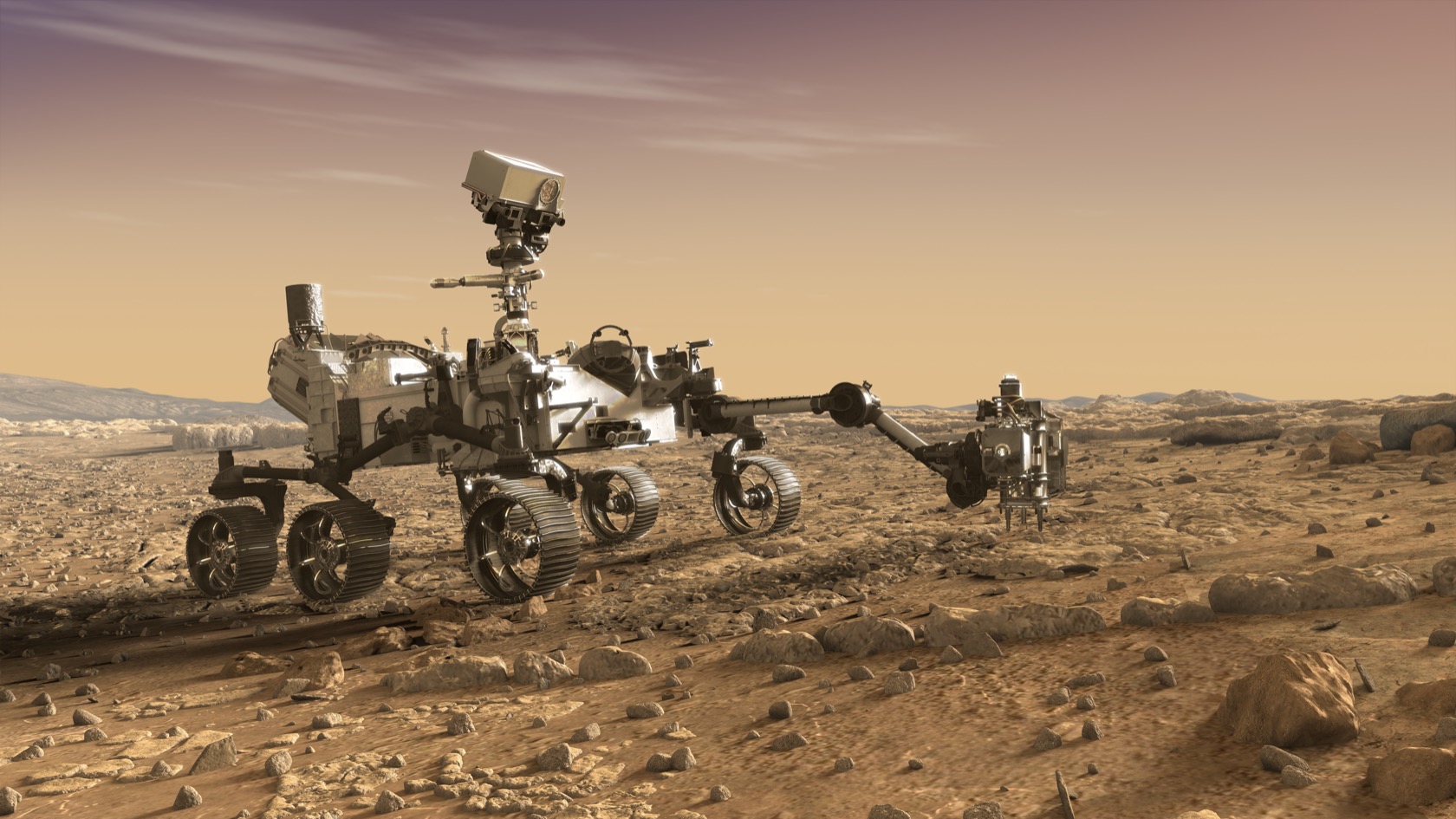 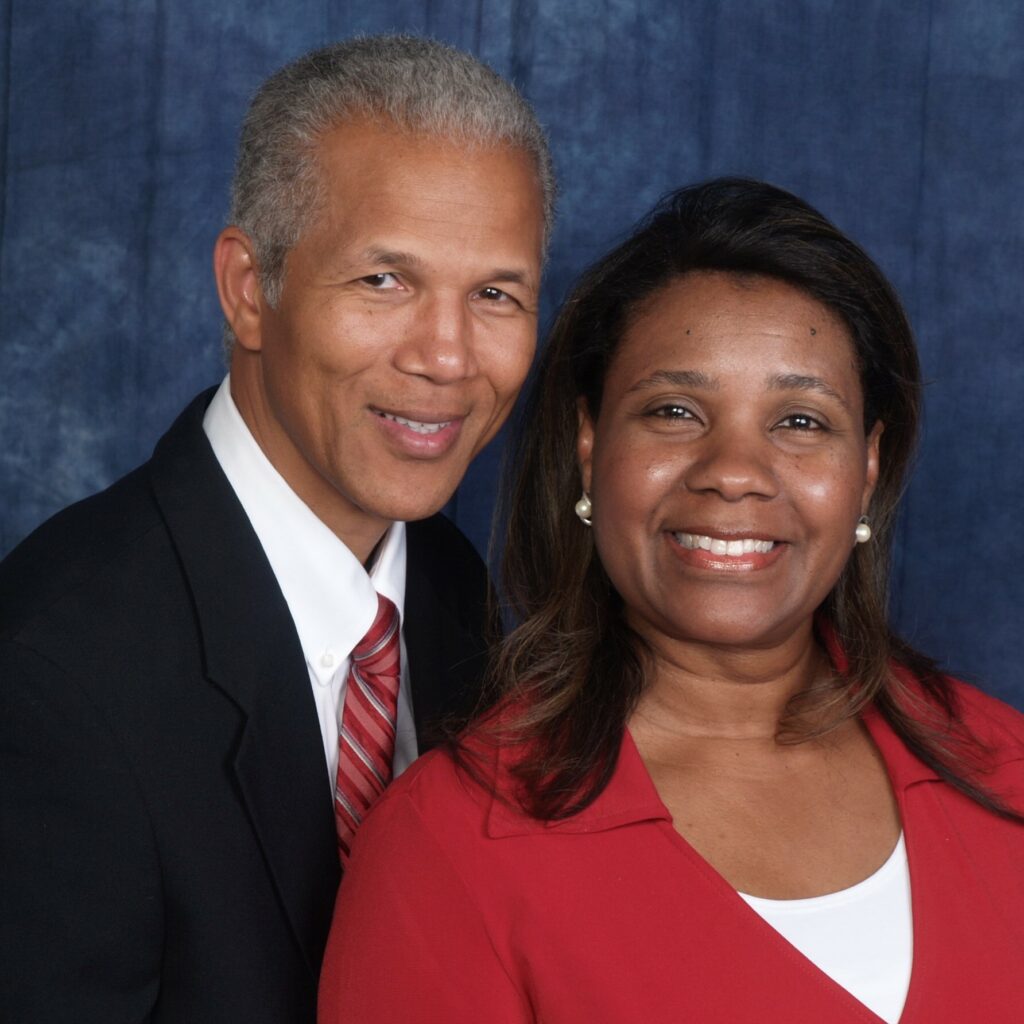 Mission President John Amos and his wife, Sister Michelle Wright Amos are converts to The Church of Jesus Christ of Latter-day Saints (often referred to as “the Mormon Church”). They are both graduates of Southern University A&M College in Baton Rouge, Louisiana.

According to the New Orleans Advocate, 53-year-old Michelle Amos is a native of Baker, Louisiana. She is one of ten children born to Dunk and Dorothy Wright. She was raised Baptist but at the age of 11 was one of 13 members of her family, including siblings and cousins, baptized into The Church of Jesus Christ of Latter-day Saints on 21 January 1979. John, a native of Opelousas, Louisiana, had been raised Catholic. He is 58 years old.

Michelle introduced her classmate, John Amos, to the Church by asking him to attend a church activity with her. He became interested in learning more and spent his senior year at Southern University A&M College learning about the Church. He even attended seminary classes with Latter-day Saint students. By the end of the year he felt he had received a witness of the truthfulness of the gospel.

John and Michelle graduated from Southern University A&M College in 1989. She received a Bachelor of Science in electrical engineering. They were married in 1990.

John was commissioned in the Navy and later the Navy Reserve where he spent a combined 21 years as a nuclear power engineer before going into the private sector. During his time at global conglomerate Siemens Energy, he was the only Black engineering director. 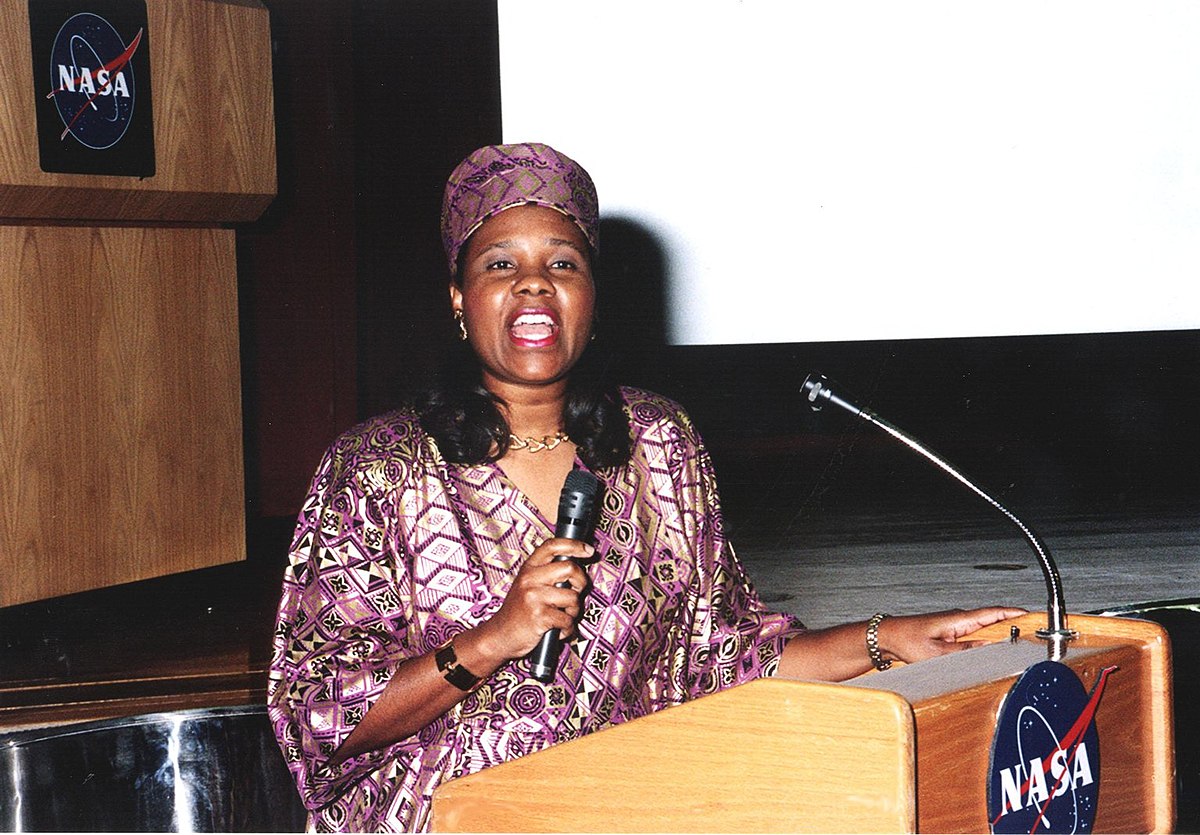 In 2002, Michelle won an All-Star Award at NASA’s Women of Color Government and Defense Technology Awards Conference. She was also the chairperson of NASA’s Black Employee Strategy Team. In 2003, she received the KSC Strategic Leadership Award. She went on to earn a Master of Science in engineering management from the University of Central Florida in Orlando, Florida, in 2005. She spent 30 years working at NASA and the John F. Kennedy Space Center and was part of the team of engineers who helped with the Mars 2020 rover.

But despite their many accomplishments, the couple felt that it was more important to lay their careers aside and serve a mission for the Church. After John was called to serve as the mission president of the Louisiana-Baton Rouge Mission for The Church of Jesus Christ of Latter-day Saints, the couple retired from their high-powered positions, left their home in Orlando, and said goodbye to their three children and four grandchildren for the next three years.

Michelle even missed one of the most significant moments of her career at NASA when her team put a rover on Mars. The couple’s missionary service began at the beginning of July 2020, and the rover launched on 30 July 2020. 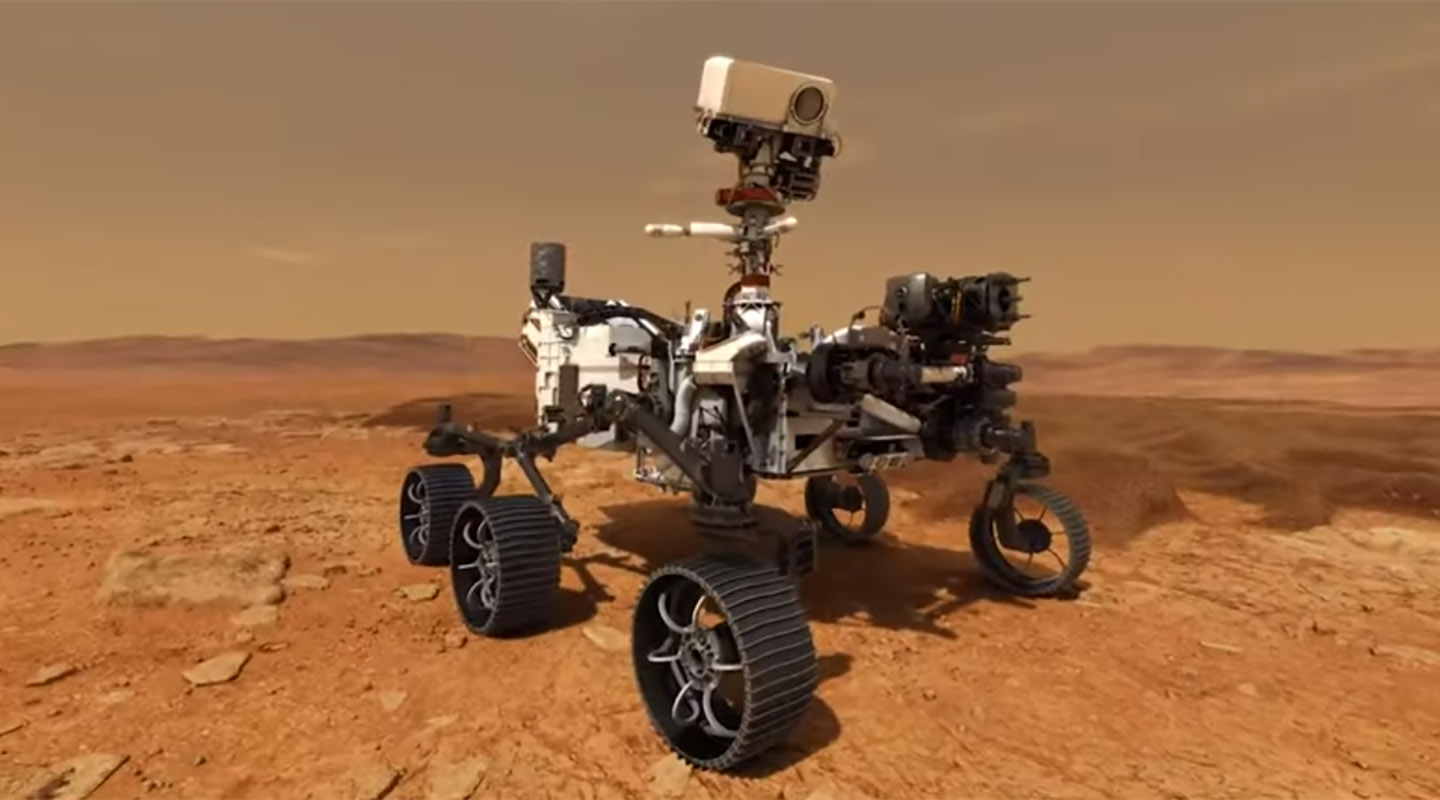 She said, “It was exciting. I was able to watch it on NASA Live, but if I was (still working for the) Kennedy Center, I would have been there at the launch and working with some of the people who worked on that rover.”  Even so, she told the New Orleans Advocate, “There’s nothing more important to us than the gospel of Jesus Christ. It is the top priority. The top priority is people and helping people to understand that Jesus is our Savior, and we can’t have eternal life or joy in our family without Him.”

Michelle continued, “That’s part of the sacrifice we have made. We have given up careers and family. The only time we get to see our children is unless they come to see us. … (Our religion) is like the guiding star or a compass to us, and it is part of all the decisions that we make. Our religion impacts our family. It impacts our careers. It impacts our community service. So, we are guided by the gospel of Jesus Christ in everything we do.” 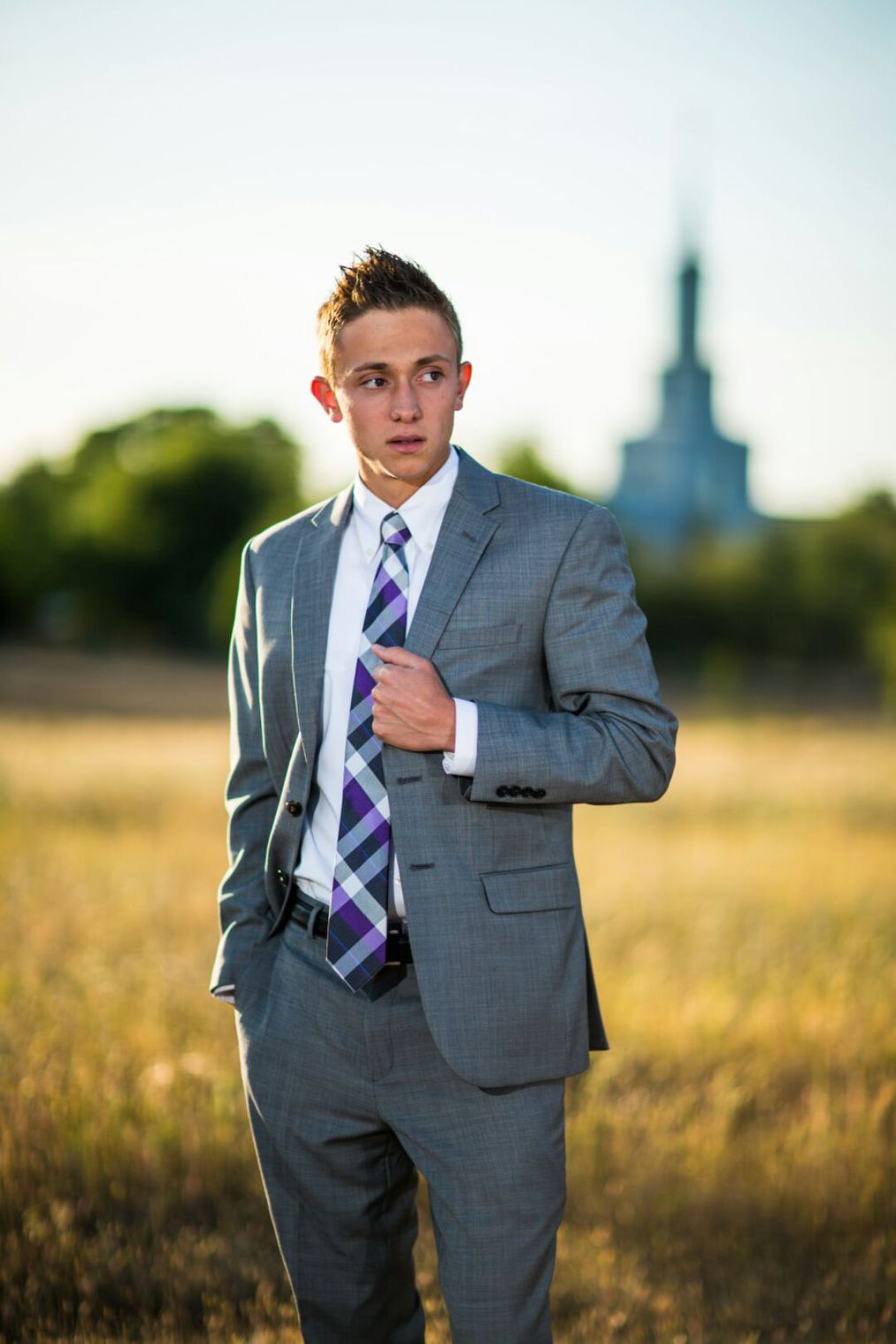 The Louisiana-Baton Rouge Mission has 226 young missionaries and comprises most of Louisiana, except the western region from Lake Charles to Shreveport, and most of Mississippi. President and Sister Amos have already had opportunities to help others in the first few months of their service as they have dealt with hurricane recovery.

President Amos also spoke of the Church’s efforts to work together with the NAACP to improve race relations as Black people make up just 6 percent of the 16 million worldwide members of the Church, according to a 2018 Associated Press report. However, he said he doesn’t see race as a day-to-day issue in the Church.

He said, “Of course, the culture is different compared to the culture we experienced as youth in our family’s predominantly African-American church and community, but our focus on service to God and spiritual growth as Christians have not been impacted because of our race.” Sister Amos added, “I miss the culture and the Black church is like family and community-oriented. I would say the only thing that I would identify that I miss would be that good gospel soul music.”

Sister Amos went on to say that the gospel message can be summed up in her two favorite scriptures. One is the familiar John 3:16 — “For God so loved the world, that he gave his only begotten Son, that whosoever believeth in him should not perish, but have everlasting life.” The other is 2 Nephi 31:7 in the Book of Mormon — “Wherefore, ye must press forward with a steadfastness in Christ, having a perfect brightness of hope, and a love of God and of all men. Wherefore, if ye shall press forward, feasting upon the word of Christ, and endure to the end, behold, thus saith the Father: Ye shall have eternal life.”

She further said, “That shows how the Bible and the Book of Mormon work hand in hand to help bring people to Jesus Christ. He is our only hope of salvation in this world. He is the answer to love, and that’s what the world needs. That’s what we all need right now.”