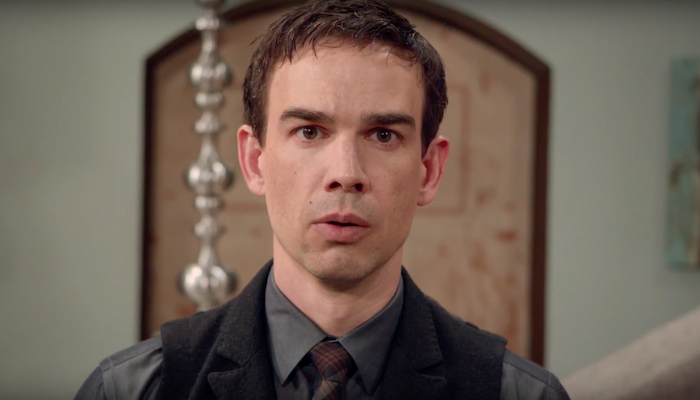 We Love You, Sally Carmichael, a family friendly comedy written by LDS screenwriter Daryn Tufts and directed by Christopher Gorham (The Other Side of Heaven), is making its premiere in Utah Megaplex Theaters tonight. You can find showtimes and buy tickets for it at MegaplexTheaters.com. It will be in theaters until August 10th.

Director Christopher Gorham also plays the main character, Simon Hayes. He explains that he wanted this movie to be a “love letter to Utah,” the state where his career began, which is why every scene is filmed somewhere in Utah. Consequently, many recognizable Utah actors, many of whom are LDS, were cast in the movie, including Mallory Everton and Stacey Harkey from Studio C, Lisa Clark from Once I Was a Beehive and Random Acts, David Nibley from The Best Two Years, and many others.

Other notable actors were also cast in the film, including Jack McBrayer (the voice of Fix-It Felix in Wreck It Ralph), Paula Marshall (the vegetarian neighbor in Cheaper by the Dozen), and Sebastian Roché, a Scottish-French actor who has appeared in TV shows Supernatural and The Vampire Diaries. 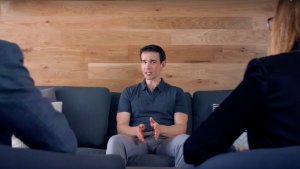 The film follows the humorous story of a serious writer, Simon Hayes, who writes a fantasy romance similar to Twilight—a story about a teenage girl falling in love with a merman—under the pseudonym “Sally Carmichael.” His books are a huge hit; however, he doesn’t want to continue writing the books or let anyone know that he is the one who writes them. Unfortunately, things don’t quite work out the way he hopes.

We Love You, Sally Carmichael received very positive feedback after its premiere in Los Angeles. One of the viewers said, “I haven’t seen a movie with that much heart in it in a long time … I thought it was so well done.” Another viewer said, “I just thought the actors were brilliant. They had a wonderful sense of humor. It was just entertaining the whole way through.” You can watch the following video to hear more reactions from the LA audience.

The actors who were not from Utah really enjoyed filming there. Here’s a video of the actors being interviewed by ABC 4: Good 4 Utah.