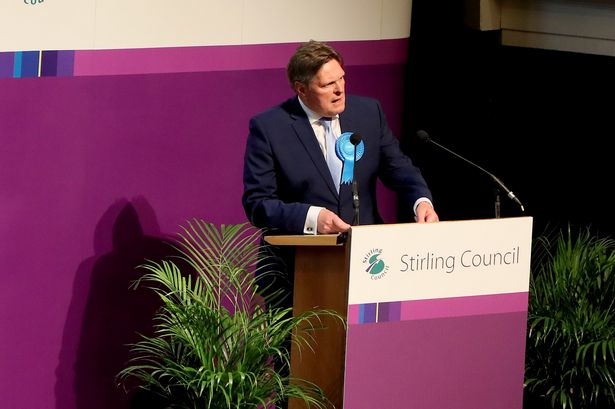 Scotland native Stephen Kerr has been making headlines across the pond for his backing of British Prime Minister Theresea May. Kerr is a member of The Church of Jesus Christ of Latter-day Saints and recently talked with Deseret News about his views on Britain, the future of Europe and his experience as a Mormon in parliament.

Not to be confused with Steve Kerr, the coach of the Golden State Warriors NBA team, this Kerr is a figure in the world of politics, not American sports. He has been a firm supporter of British Prime Minister Theresa May, who recently put herself in a vulnerable position as the country’s leader when her decision to call a snap election ended up losing the Conservative Party the majority in the UK Parliament.

While the party lost a total of 13 seats, they actually gained seats in Scotland – where Kerr is from. He first ran for Parliament after serving as the president of the Edinburgh Scotland Stake from 1994-2003. He ran again in 2015 after he had finished serving as an Area Authority Seventy for the church.

Speaking to Deseret News, Kerr said that he believes it’s important for members of the Conservative party to stand behind their Prime Minister. He said that the vast majority of MPs feel that she is the right person to take the country forward.

Kerr also talked about his position on the 2014 Scottish referendum. He said he is in favor of Scotland as remaining as part of the UK and believes that, at this point 300+ years after the initial union, it’s been an extremely beneficial union and there’s no reason to break up something that works. Kerr also mentioned that several families have members on both sides of the English and Scottish border and that they are essentially “one people.”

London and surrounding areas have suffered several terrorist attacks in the last few weeks. Kerr said that the general feeling in the country post attacks in resolution. They will stand together against future attacks and hate and fight to preserve their way of life. He said that they are fortunate to have fast and first-class security that have been able to prevent some attacks and stop others from becoming much worse, like the Borough Market attacks where the police responded quickly and were able to neutralize three people.

Kerr reminded Deseret News of the famous WWII poster: Keep Calm and Carry On. He said that’s what we have to do now: Keep calm and “keep wits about us.”

As for being a member of the LDS Church in Parliament, Kerr said his experience has been positive. His religion isn’t something he tries to hide and it hasn’t been much of an issue in any election. Although it comes up, there isn’t any hostility towards him or the church. He talked of other members of the church who are MPs, both past and present, and said that the church is “genuinely admired.”