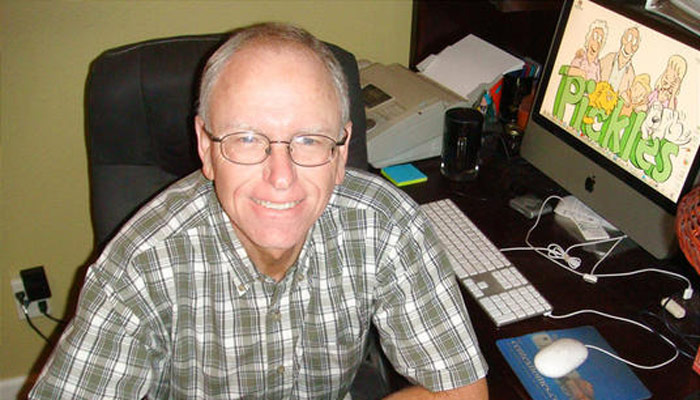 Brian Crane’s daily comic strip “Pickles” was syndicated in April 1990 and the Sunday version was launched the following year. In 1995, PICKLES was nominated for “best comic strip of the year” by the National Cartoonists Society. In 2002, it was awarded the “best comic strip of 2001” by the society. It appears in over 300 newspapers around the world. Earl and Opal are just like the people next door

In fact, Earl and Opal Pickles would probably fit right in with 67 percent of the state’s population. Apparently, the couple is Mormon. 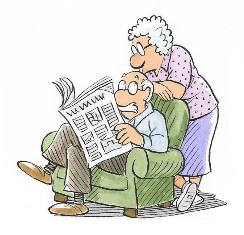 Brian Crane’s daily comic strip “Pickles” was syndicated in April 1990 and the Sunday version was launched the following year. The strip features Earl and Opal Pickles, who have been married for over 50 years. It shows the funny side of family and friendships.

In 1995, “Pickles” was nominated for “best comic strip of the year” by the National Cartoonists Society. In 2002, it was awarded “Best Comic Strip of 2001” by the society. Brian won the 2013 Reuben Award for outstanding cartoonist of the year along with Baby Blues Rick Kirkman.  The strip appears in over 800 newspapers around the world.

Brian told Famous Mormons, “I am a lifelong member of the LDS Church, born of pioneer stock. I’ve been active in the Church all my life and I have always had a testimony of the truthfulness of the restored gospel.”  “One of my first art gigs was on my mission in Uruguay. My mission president took advantage of my artistic ability by having me do a drawing about missionary work each month for the cover of our mission magazine, El Baqueano”. 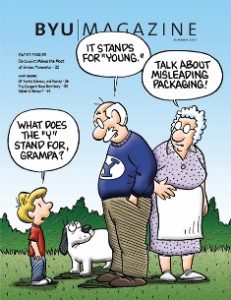 “I was also assigned to hand-letter in calligraphy all the missionaries” names on their release certificates, and I did some paintings for a traveling exposition. I think that is why the mission president kept me in Montevideo for 22 months of my 24-month mission, so he would be able to use me for those kinds of things.

Of course I spent most of my time doing regular missionary work. I had one other unusual missionary experience I might mention. I spent my 21st birthday in jail on suspicion of espionage. My companion and I lived in an apartment building next door to a small military base. It wasn’t much, just a few army surplus jeeps and such. One day at lunch we decided to go up on the roof of the apartment building and take some photos of the Montevideo skyline with my camera. We were promptly taken into custody by soldiers, frisked, and placed under armed guard and later transferred to police headquarters, where we remained for most of the day. Our mission president finally came and got us out, much to our relief. A lot of people back then suspected the missionaries were really CIA spies.”

Brian frequently hears from members of the Church who see his comic strip and are surprised to see little LDS references in it, such as pictures of temples on the wall, or the characters reading the Ensign or the Book of Mormon. Once he had President Hinckley on a TV screen.

Brian says, “It’s something I started doing several years ago just for fun and to see if anyone would notice. I suppose it is my way of doing a little subliminal missionary work.”