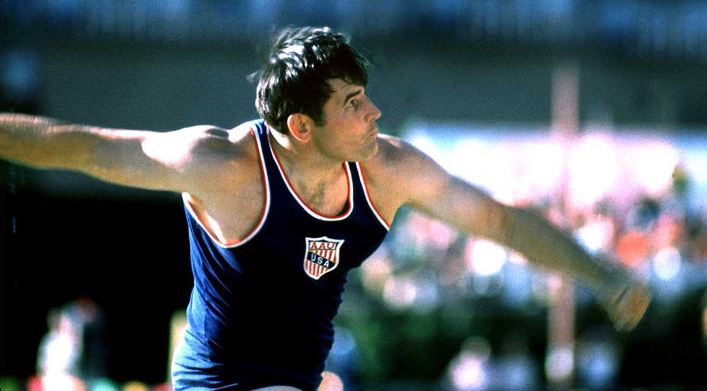 “I broke my first world record in 1961,” he recalls. “Sixty meters was the barrier at that time. I went about a meter beyond the previous record. I was the first to break both the 60- and 70-meter barriers. No other thrower has come close to that. Most throwers set one world record and it stays around for a while. The world record today was set in 1986 by an East German.”

Jay competed in 4 Olympic games  Tokyo 1964 (no medal), Mexico City 1968 (no medal), Munich 1972 Silver Medal, Montreal 1976 no Medal. He was the current world record holder in both the 1968 and 1972 Olympics. L Jay set 4 words records. Two in 1961 and two more in 1968. His second record in 1968, 224′ 4.9″, was nearly 11 feet beyond the previous record, that had been set by Ludvik Danek in 1965. This was considered remarkable, as these records previously and since are only bested by a foot or two at a time, and about every other year. It would be nearly another 7 years before that record would be broken. Although L Jay himself achieved several marks beyond that in the next few years, including some beyond the 240′ mark (near the current world record mark, some 45 years later) , that were disallowed as world marks because event organizers did not prepare landing areas that far out, or wind conditions. His wide leg swing was considered unique and after his 1968 marks and his performances the next few years, he was sought out for instruction, copied and emulated. After spending one summer with L Jay, Mac Wilkins, subsequently set 4 consecutive World Records and won the gold medal in the 1976 Olympics where L Jay placed 5th at the age of 38. thanks to Troy Silvester L Jay’s brother for this information