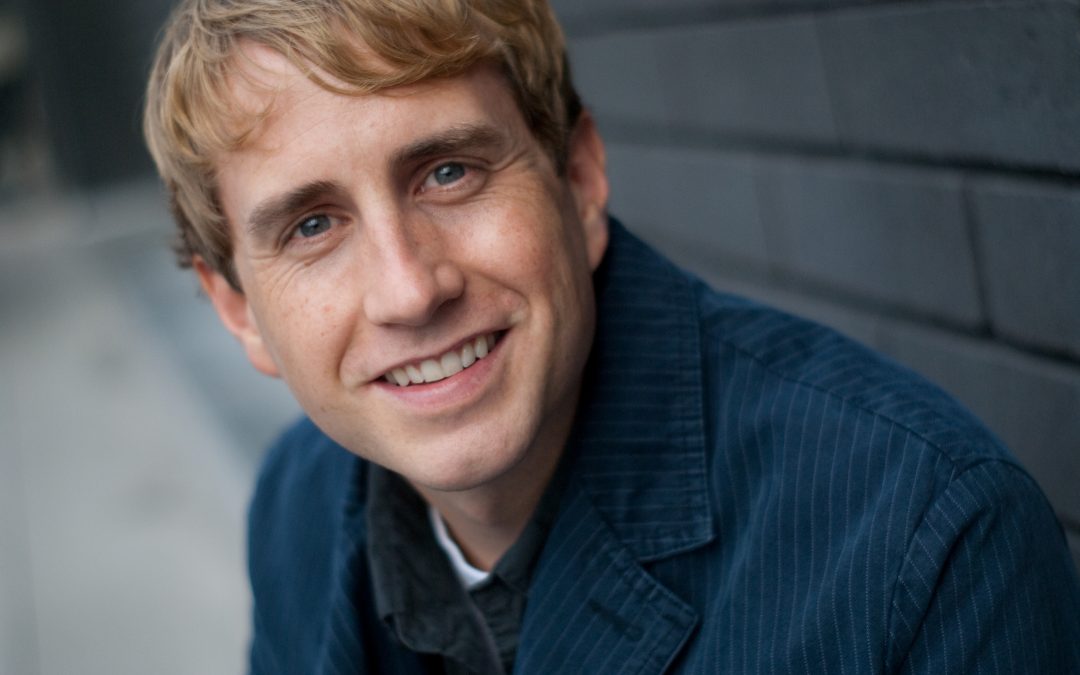 In a day when most stories about actors involve scandals, divorce, or drama, Kirby Heyborne sometimes challenges reporters. When he isn’t making movies, he is playing with his children, spending time with his wife, pruning his roses, or leading the Cub Scouts. Those aren’t your usual Hollywood pastimes, but they are typical activities for Mormons and Heyborne is a Mormon. Mormon is a nickname for members of The Church of Jesus Christ of Latter-day Saints.

Among Mormons, Kirby Heyborne is best-known for appearing in movies for and by Mormons, including “The Singles Ward,” “The R.M.,” and “The Best Two Years.” He also appeared in Saints and Soldiers, a movie that included an LDS (Mormon) character. He has also narrated more than 150 books on tape, for which he has won many awards, and recorded five musical CDs. He belongs to an improve group that performs regularly, giving him a chance to really stretch his talents. Kirby recently starred in a commercial featuring Mario Andretti. He played Teddy in The Three Stooges.

Heyborne was the student body president in high school and very popular with girls, but it is remembered he made a point of being really nice to girls who weren’t especially pretty or popular, something not particularly common among popular students at that age. He earned his Eagle Scout award in the Boy Scouts of America, and today is an enthusiastic Cub Master. As a young adult, he served a volunteer two-year mission in the Dominican Republic. He said it was a very challenging experience, but it taught him to be strong, and to develop a testimony of his faith strong enough to sustain him. He considers missionary work good preparation for an acting career.

Although Kirby is from Utah, he now lives in Hollywood. He finds that as he gets older, he is more eager to share his faith with others, many of whom are curious about Mormons and particularly about what it means to be a Mormon actor. He considers being a Mormon actor no different from being a Mormon in any other field.

An article in the Deseret News shares what he tells young people when he is asked to speak to them.

“It’s cool to be Mormon. Being a Mormon sets you apart. Knowing that Heavenly Father loves me makes a huge difference. You don’t feel alone. Knowing he cares about me, that he will put me in the right places and will protect me, that he wants me to succeed, knowing those things makes a difference” (A Conversation With Kirby Heyborne, Trent Toone, July 16, 2012, Deseret News, July 16, 2012).