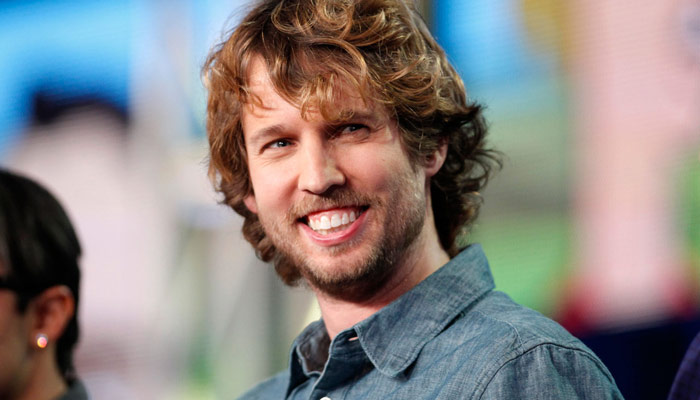 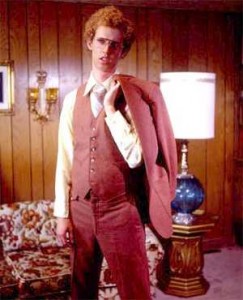 Who imagined that he would move on to star in major box office hits like Blades of Glory and Just Like Heaven?  Jon never starred in any movies until he was 27.  Before that, he was studying 3-D animation at Brigham Young University in Provo, Utah where he met Jared Hess – director of Napoleon Dynamite.  The Film was originally called “Peluca” and showed at various film festivals, received rave reviews on BYU campus, and later became the cult classic we know today.

Jon Heder Heder and his identical twin brother Dan were born on October 26, 1977 in Fort Collins, Colorado to their dad Dr. James Heder and their mom Helen.  They were two of 6 children with older siblings Rachel and Doug, and younger siblings Adam and Matt.  When asked on Late Night With David Letterman about being a twin, he chuckled about the way he and his brother finished each others’ sentences and pretended to be the other.  Both star in a comedy series called “Sockbaby” in which they play villains.

He attended Walker Middle School and graduated from South Salem High School (1996) in Salem, Oregon where he participated in a drama association as a staff member and on the swim team.  Later he served a mission for The Church of Jesus Christ of Latter-day Saints in Japan, learning the language in the process.  In 2002 he married his wife Kirsten Bales and they now have a daughter together named Evan Jane Heder, born April 6, 2007.  The family lives in Los Angeles, California.

As a point of interest, Jon is the nephew of NFL runningback turned sports caster, Vai Sikahema (related by marriage).

After Napoleon Dynamite (2004) showed at The Sundance Film Festival (where it was one of the highest grossing films to be played), Jon Heder received Best Musical Performance and Best Male Breakthrough Performance at the MTV Movie Awards.  He made many appearances on various shows including Saturday Night Live, Jay Leno, Jimmy Kimmell, Late Night With David Letterman (including a top ten list on how to tell you may not be the most popular guy in school), and others.

Jon’s successful first role led to other movies, two of which included his passion for animation – Monster House (in 2006 as the voice of Skull) and Surf’s Up (in 2007 as Chicken Joe).  Other films he starred in include:

Just Like Heaven (2005) – He plays a supporting role to Reese Witherspoon and Mark Ruffalo in this romantic comedy as the new age store clerk who considers himself in tune with spirits who have passed on.

Benchwarmers (2006) – He and two other men (David Spade and Rob Schneider) form a little league baseball team in this comedy.

School for Scoundrels (2006) – A comedy with Billy Bob Thornton and Jacinda Barrett.

Blades of Glory (2007) – He plays a male figure skater who becomes Will Ferrell’s skating partner – not surprisingly, a comedy.

Moving McAllister (2007) – Heder co-stars in this movie about a man who unwisely offers to move his boss across the country.

How does Jon’s faith affect his career?  Reportedly, he isn’t interested in scenes with sexual content – an admirable quality for a man in Hollywood in a society where sex sells.  You’ll also notice a lack of profanity, which is another unusual trait in actors today.  Even Napoleon appears to be a Mormon, which isn’t obvious unless you are one yourself.  If you look closely, you’ll see him wearing a t-shirt in one scene in the cafeteria that says “Rick’s College”, the former name of BYU Idaho.  In another scene, it looks like he is sketching people from The Book of Mormon.

Jon Heder’s fans can look forward to a new movie called When in Rome, expected to be released in 2009.  It is a romantic comedy in which he plays a street magician and just one of a few men trying to win the affections of “Beth” (played by Kristen Bell).  Whether it’s a hit or not, he will undoubtedly make more than $1000 (the amount he got paid for Napoleon Dynamite) and thousands won’t be able to resist watching a movie starring the guy who can dance like this one.