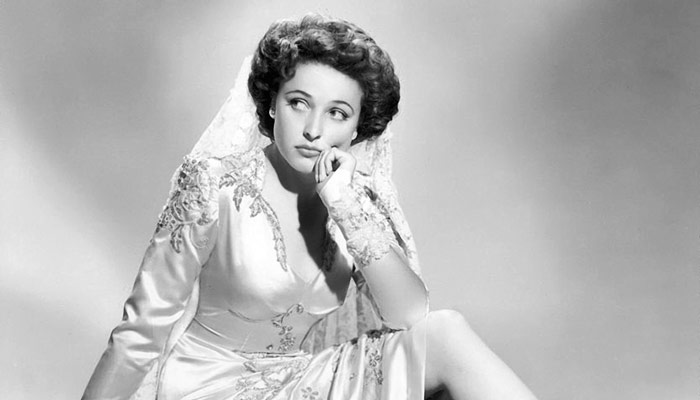 Laraine was born in Roosevelt, Utah, the daughter of a prominent businessman. She became interested in acting when the family moved to California. She achieved her greatest popularity playing the part of Nurse Lamont in the Dr. Kildare series. She was married 13 years to her second husband, Leo Durocher, and took such an active interest in his career that she became known as “The First Lady of Baseball.”

Laraine Day (La Raine Johnson) was born into a prominent Mormon family in Utah in 1917. Laraine was baptized on the 6th of July 1929 Her acting career began after her parents moved to Long Beach, California, where she joined the Long Beach Players. She appeared in her first film in 1937 in a bit part. She then did leads in several George O’Brien westerns.

After signing a contract with MGM, she achieved popularity playing the part of Nurse Lamont in that studio’s Dr. Kildare series. An attractive, engaging performer, she had leads in several medium-budget films for various studios, but never achieved major stardom. She was married for 13 years to baseball manager Leo Durocher and took such an active interest in his career and the sport of baseball in general that she became known as “The First Lady of Baseball.”

Laraine is one of just 250 actresses included in the nomination list for the American Film Institute’s “100 Years—100 Stars” list, and she is one of only four Latter-day Saints on the list. She had female lead roles opposite dozens of Hollywood’s most popular leading men, including Lionel Barrymore, Ronald Reagan, Robert Young, Cary Grant, Gary Cooper, John Wayne, and Kirk Douglas. She received top billing in many of her nearly 50 films.

During the 1950s she was a host on four different TV series: Double Play, I’ve Got a Secret, The Laraine Day Show, and Daydreaming with Laraine.

Acclaimed writer Ray Bradbury wrote his first plays while working for a Latter-day Saint theater that Laraine Day directed. Bradbury recalls having artistic disagreements with the straight-laced actress, but he has alluded fondly of that period of time in multiple short stories and novels.

I received the following e-mail about Sister Day: “Did you know that Laraine Day lives in a ward in the Los Angeles Stake?  She was very famous during the 1940s. On her birthday, the Turner Classic Movies channel plays her movies all day.”

Loraine died in Ivins, Utah 10 November 2007 she is buried in Los Angeles California