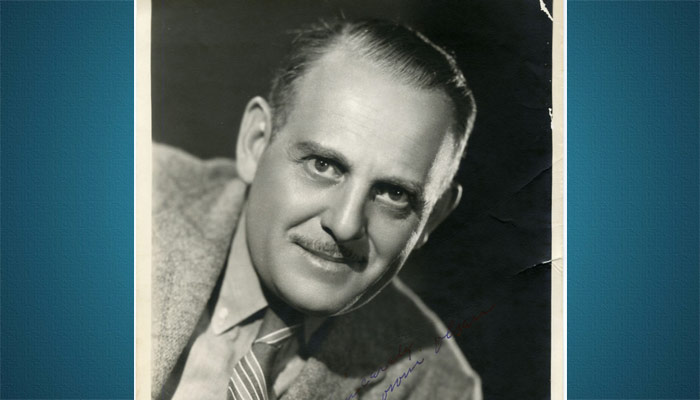 Moroni Olsen was born in Ogden, Utah to Mormon parents who named him after the prophet Moroni. After having worked on Broadway he made his film debut in a 1935 adaptation of The Three Musketeers. He later played a different role in a 1939 comedy version of the story, starring Don Ameche as D’Artagnan the Ritz Brothers as three dimwitted lackeys who are forced to substitute for the musketeers, who have drunken themselves into a stupor. One of his most famous roles was the voice of the Magic Mirror in Snow White and the Seven Dwarfs.

“Mirror, mirror on the wall..” That fairy tale incantation in Disney’s 1937 feature “Snow White and the Seven Dwarfs” summoned magical responses delivered in the mirror’s memorable baritone voice, a voice not identified by the film’s credits. The man behind both the mirror and the angel was Moroni Olsen, a native of Utah and a faithful Latter-day Saint.

“Looks like we’ll have to send someone down – a lot of people are asking for help for a man named George Bailey.” Another voice from an unseen speaker, this one the angel in Frank Capra’s 1946 “It’s a Wonderful Life,” instructing guardian angel Clarence on his assignment to save the life of the ordinary man who had always put everyone else’s needs before his own.

IMDBHe died from a heart attack at the age of 65. He was buried in Ogden City, Utah Cemetery. Wikipedia