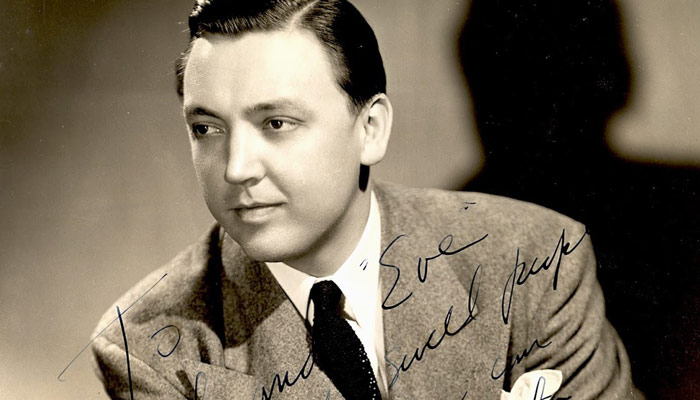 He is best known as the father of the pedal steel guitar. His inventive style helped popularize the amplified guitar for generations to come. Famous swing-band leader of the King Family, the King Cousins, Tina Cole, and the King Sisters.

Every once in a while as the webmaster of the Famous Mormons website I hear from someone who is listed on the site. The first “famous” person to contact with me was Alvino Rey. I opened my e-mail and there was a message from the great musician. He thanked me for having him on the site. 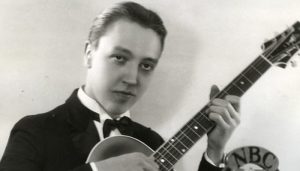 Some of my earliest memories are watching “The King Family” on TV in the early 1960s. I still remember how Alvino could make the steel guitar “talk.” He passed away in 2004 at the age of 95. So when we were e-mailing back and forth, Alvino would have been at least 90 years old.

In the year 2000, I came across a website that had some comments about Famous Mormons. The site also talked about the late great Alvino Rey. I e-mailed the webmaster and mentioned to her that she should probably not have Alvino Rey described as “late” because I had just been chatting with him through e-mail the week before!

Here is his story:

Alvin McBurney, who later changed his name to Alvino Rey, was born July 1, 1908 in Oakland, California. He became a nationally famous swing-band leader of the 1930s and 1940s. He is best known as the father of the pedal steel guitar. His inventive style helped popularize the amplified guitar for generations to come.

Using his musical talent and knowledge of electronics, Alvino Rey was the first to amplify the guitar. His band scored a dozen chart hits, including seven in the Top Ten. 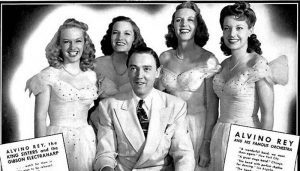 He gained notoriety because of the talent he showed with his electric guitar. In 1939, he formed his own band in Hollywood. It became the staff orchestra for the Mutual Broadcasting network and featured the Four King Sisters (also Famous Mormons). In fact, he married Luise, one of the King Sisters.

In the 1960s, he made a comeback with banjo and novelty guitar in the King Family program on television. The series starred the King Sisters, the King Cousins, and Tina Cole, the daughter of Yvonne King. Tina, a “Famous Mormon,” also appeared on the TV show My Three Sons.

In 1969 Alvino was inspired by his son Rob’s convictions to the LDS Church after a short time of inactivity. While in the military, Rob gained a testimony. Alvino phoned the bishop of their Southern California ward and said, “You’ve always said you wanted to baptize me. Well, let’s do it today.”

The bishop asked, “Why today?”

The bishop then tried to explain that it takes time to set up the baptism, but Alvino said, “No, today.”

“Why?” repeated the bishop.