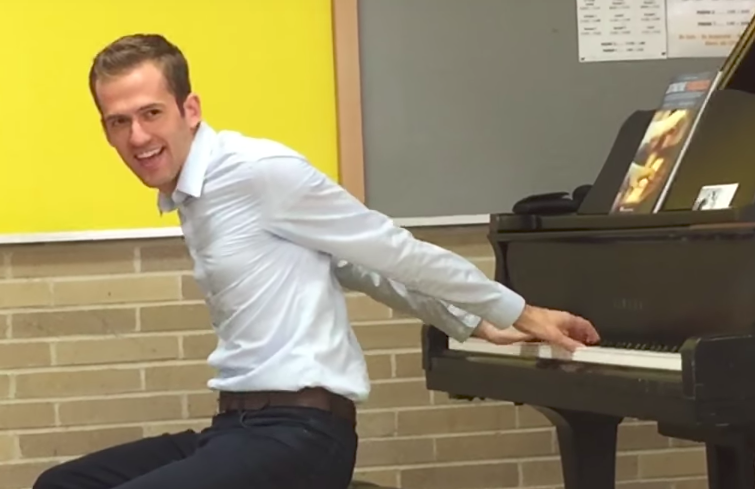 Jason Lyle Black, also known as “The Backwards Piano Man,” is a talented pianist-entertainer who mixes comedy with piano playing in his shows. He appeared on Ellen in 2011 where he captivated the audience with his amazing upside down, crisscrossed, and backwards piano playing skills. He played “The Entertainer,” a fitting song choice.

He is very good at improvising songs. For his concerts, he will sometimes ask the audience for four random notes and a musical genre from which he will write a “song on the spot.” In the video below, he made up a song based on the notes A flat, E, D, and E flat and the genres “Polka” and “Rock and Roll.”

His most viral video on YouTube is probably “Frozen Fever” where two siblings “duel” each other on the piano using medleys from Frozen.

Another one of his popular videos is “Pixar’s ‘UP’ in Real Life: 80-Year-Old Grandparents Celebrate Anniversary with Adorable Piano Duet.” It is adorable!

In 2015, he also released a video called “The Evolution of Taylor Swift,” a mashup of top Taylor Swift songs throughout the years.