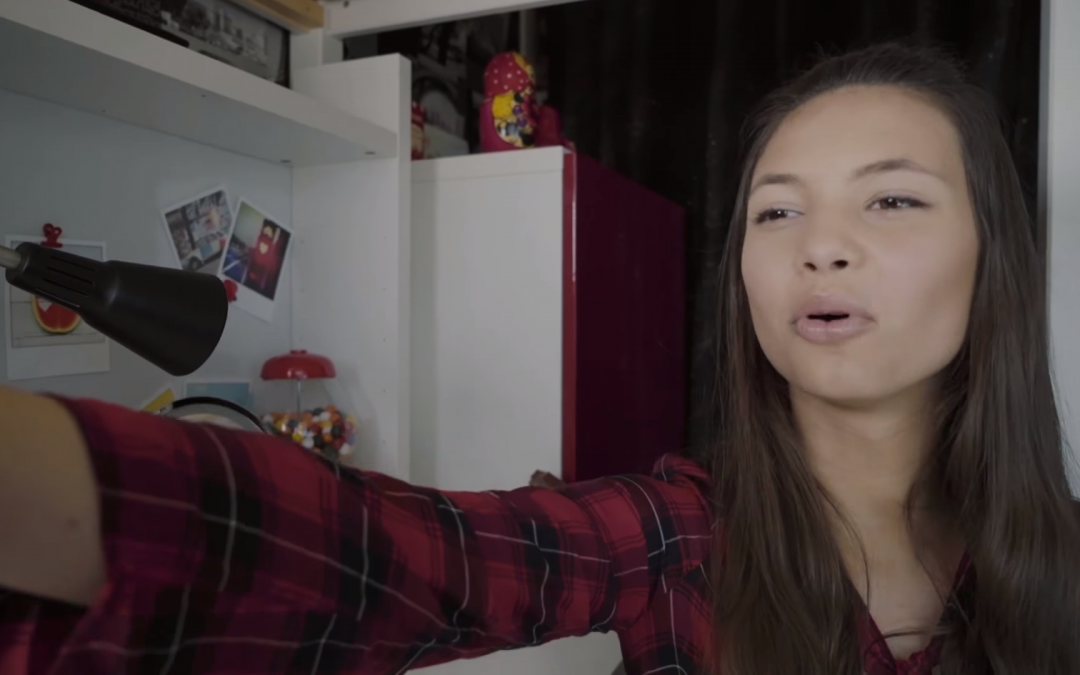 15-year-old Maeva Clery is a singer from the south of France. After experimenting with several different hobbies and interests, Clery realized her real passion was music.

Clery has three siblings, but says that it is her mother that introduced her to a wide variety of musical genres, all from Edith Piaf to Daft Punk and Michael Jackson. In 2012 she started taking singing lessons and soon met Damien Chicot, who helped her to develop her personal style and artistic ability by creating covers of several different popular songs by a variety of artists.

In 2016, Chicot wrote her an original song called “I Posed The Heart.” Since then, Clery has recorded the song in a studio and filmed a music video for the single. At first, she wasn’t particularly comfortable being filmed or having to perform in the video, but gradually became more confidant thanks to the help and coaching from friends. She is thankful and grateful for all her friends and family who support her, and those who have worked with her so far and have made the experience enjoyable and with as little stress as possible.

Find out more about Maeva Clery on her website.