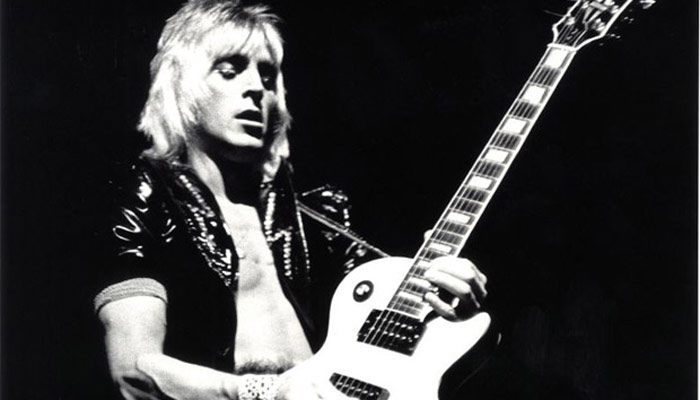 He was named the 64th greatest guitarist of all time by Rolling Stone in 2003. He also recorded several solo albums, Slaughter on 10th Avenue, which reached No. 9 on the UK Albums Chart He died of liver cancer in 1993 at the age of 46, Mick was raised in The Church of Jesus Christ of Latter-day Saints. His funeral was held in a Mormon chapel in London