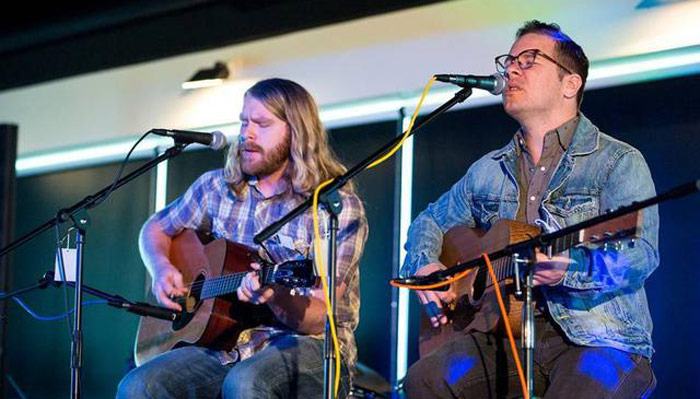 Midas Whale (Jon Peter Lewis and Ryan Hayes)   appeared on The Voice in march 2013 with a rendition of Johnny Cash’s “Folsom Prison Blues” . Ryan Hayes served his mission  in Ecuador.

At the age of 23, Jon Peter Lewis a returned missionary who served in Spain was on the third season of American Idol in Honolulu, Hawaii where he sang ‘”Crazy Love” by Van Morrison.  Simon Cowell said he for his “very, very good voice, Simon Cowell later hailed Jon as “the dark horse to win the competition,” and Rolling Stone magazine pegged Jon as a “pick to win,” while Elton John praised Lewis’s voice for his “excellent pitch and phrasing.”