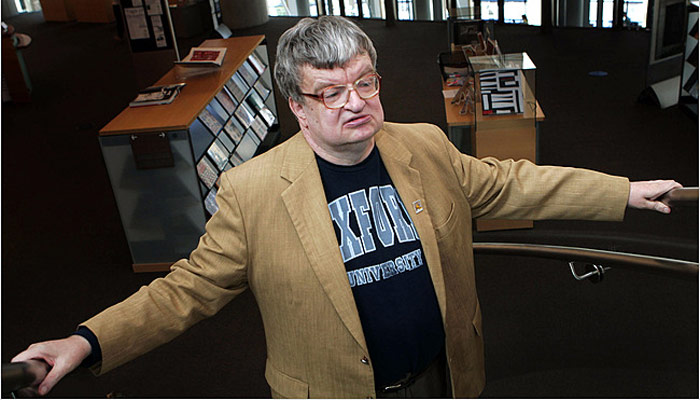 Peek, Died when he was 58, He was  likely the world’s most famous savant, enduring mental handicaps while at the same time possessing extraordinary gifts of memory and recall.

Peek was born on Nov. 11, 1951. At 9 months, doctors said he was severely mentally retarded. “They told us we should institutionalize him because he would never walk or talk,” Fran Peek said. “But we refused to do that.”

By 16 months, Peek demonstrated extraordinary abilities. He could read and memorize entire volumes of information.

“He could find anything he wanted to. He read all of Shakespeare, the Old and New Testaments,” Fran Peek said.

An MRI later showed that his brain lacked a corpus callosum — the connecting tissue between the left and right hemispheres. Peek said his son’s brain lacked the normal filtering system for receiving information. The condition left him able to retain nearly 98 percent of everything he read, heard or watched on television. The average person only retains about 45 percent. As both a child and adult, Peek’s favorite place was the library, where he devoured books at a confounding rate. At the time of his death, Peek is believed to have committed at least 9,000 books to memory.  Deseret news