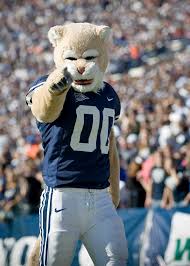 Brigham Young University (BYU) sports fans are all too familiar with the school’s mascot, Cosmo the Cougar. From 2015-2018, Charlie Bird, a member of The Church of Jesus Christ of Latter-day Saints (often referred to as “the Mormon Church”), performed as the school’s beloved mascot with screaming fans admiring his synchronized hip hop moves with the Cougarettes. He also danced in ESPN’s 2017 College Football Awards. And, Cosmo’s viral influence caused NBC to dub 2017-2018 the “Year of the Mascot” and he claimed ESPN’s top spot in a ranking of “best mascot moments’ in 150 years of college football history.

On 26 February 2019, his guest opinion piece titled “Everyone loved me as Cosmo the Cougar, but would they love who I was behind the mask?” was published online by the Deseret News. In that article, Charlie announced to the world that he is gay and revealed that he was the person behind the mask of Cosmo the Cougar. The opinion piece became the #1 trending story in Utah and was covered by major news outlets like Fox 13 News, as well as others, including the Huffington Post and Yahoo Finance. 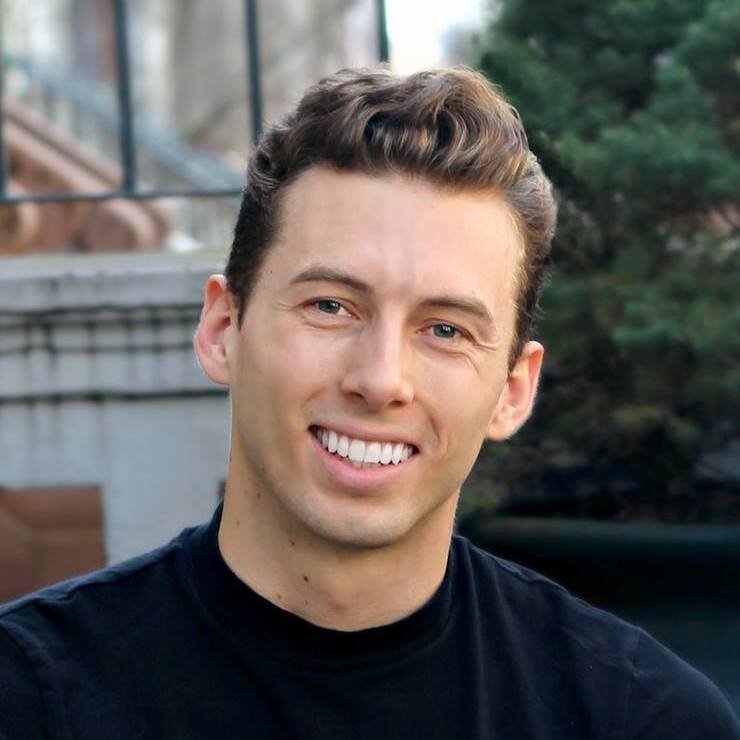 Charlie was in Cairo, Egypt, on a business trip the day the story went live. He recalls, “I definitely was freaking out. I guess the best word I can use to describe it is ‘surreal.’ It was so funny that . . . my life was blowing up—like, the biggest thing that’s ever happened to me—and I was on the opposite side of the world in a completely different situation where I couldn’t dig into that. It was just so surreal.”

His life has never been the same since. It had taken him a lifetime to tell his family and friends about his sexual orientation, and so he never dreamed that he would be so open about it to the world. However, he felt that he could not ignore an opportunity to show support for the LGBTQ community. One valuable life lesson that he has learned from being Cosmo the Cougar is that there is power in being himself, and for him that means removing the mask. 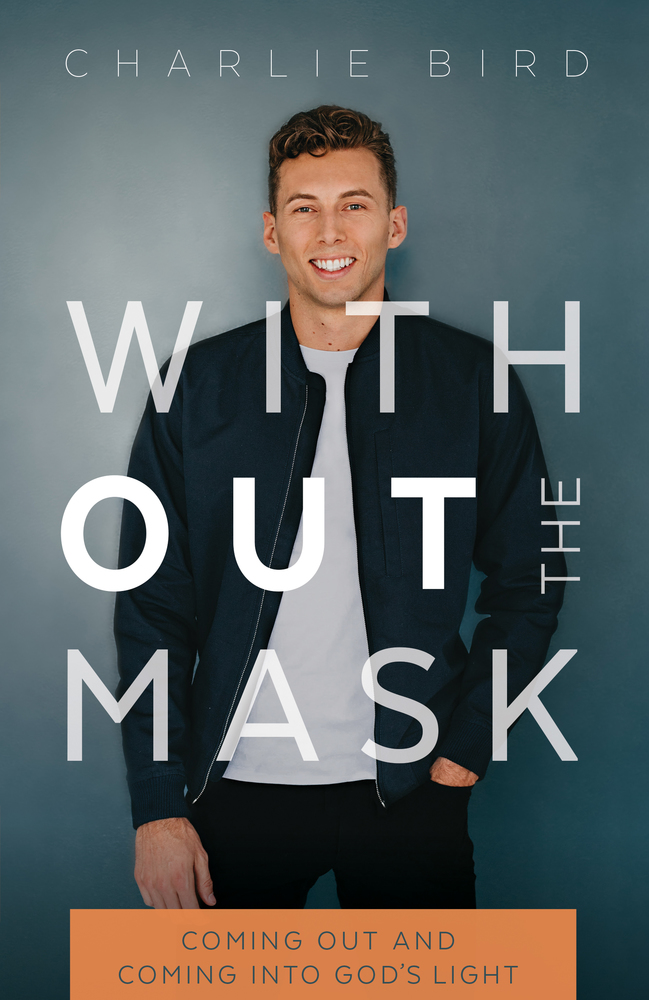 Since the story came out, Charlie has now shared his experience about being a gay member of the Church in many ways. He recently wrote a book about his perspective as a gay member of the Church. The book, titled “Without the Mask: Coming Out and Coming into God’s Light” was released by Deseret Book on 27 July 2020. In the book, he shares some of the dangers that can come from not creating a safe space for LGBTQ individuals to thrive within the Church. He notes that if LGBTQ individuals feel isolated they will often turn to coping mechanisms like pornography, anonymous dating apps, and even suicide.

In his Deseret News opinion piece, he commented:

As Cosmo the Cougar at Brigham Young University, I kept the best part of my life a secret from everyone around me by wearing a mask. . .. When I was Cosmo, I felt invincible. . .. My senior year as Cosmo was unforgettable. It was thrilling to watch fans around the globe share Cosmo’s newest dance video, which garnered hundreds of millions of views across social media platforms. . .. I wore another mask while I was at BYU — a mask to cover the shame I felt for being “different” . . .. As scary as it seemed to dance in front of 60,000 people, an even scarier thought often crept into my mind — “If they knew who I really was, would they hate me?”

Charlie was keenly aware of what some of his peers said about the gay community and how they viewed same-sex attraction. He was also familiar with the often unkind and insensitive words they used to describe LGBTQ people — people like him. He said, “The same community that made me feel like a superstar often simultaneously made me feel broken, unloved, and defective.” 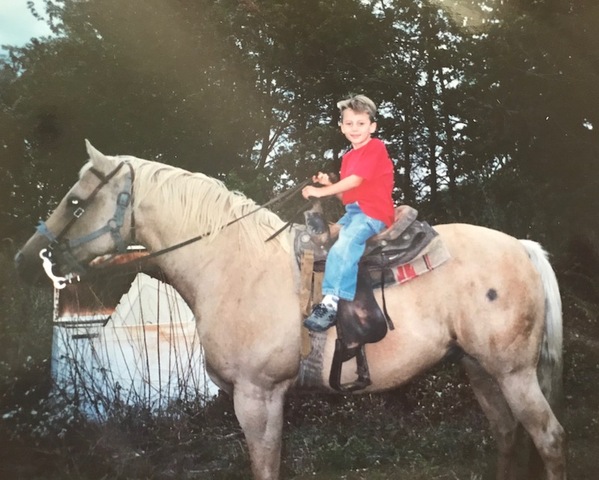 Charlie grew up on a ranch in southwest Missouri. There were signs even during his early childhood days that he was not like other boys. He often gravitated towards the things that his sisters enjoyed, like late night dance-offs, watching romantic comedies, or impromptu fashion shows. He also had a flair for artistic skills such as cake decorating, crafts, and beautiful handwriting. From a young age, he could also perform round-offs and back handsprings, making it look as if it took little to no effort.

Young Charlie also had a love for the gospel. For example, he made temple flashcards from pictures cut out of the Friend magazine and then memorized the name and look of each building. He also committed many scripture verses to heart and he never missed a day of early morning seminary. 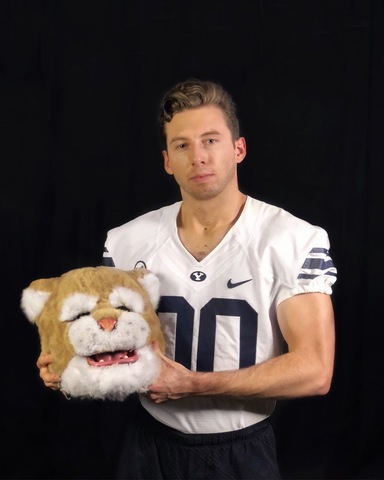 Charlie’s mother, Cathy Bird Wallace, recalls that he also enjoyed doing other things that would be stereotypical of males. She assumed that his other preferences were just a phase, and the thought that Charlie might be gay was something that she never gave a second thought.

Speaking about her brother, Anne Bird Rodman said, “This joy that he carried with him as a young child would just radiate off him. People would comment on Charlie all the time, about how special he was. . .. He was one of those kids that you’re just like, ‘That kid’s going places. This kid is a [really] special young man.’” 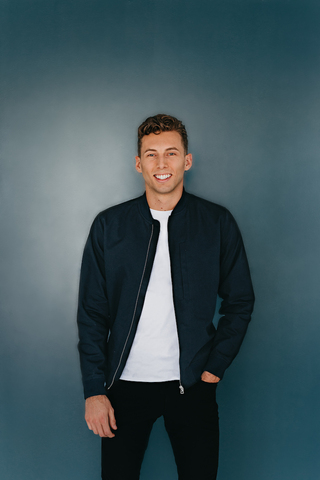 Charlie told LDS Living, “When I first started to see that I was different from other guys, I began formulating this list of rules that I thought would help me fit in better in society. And I started hiding my personality and did not manifest certain character traits I thought others might consider feminine. And this was all, of course, in hopes that nobody would ever accuse me of being gay. And that was [really] tough. Looking back, it is [really] sad to see how I felt like I needed to change myself to conform. And that process—you know, as I did that, I started losing pieces of me.”

It was another sister, Janine Bird Wilkins, who taught him a valuable life lesson. She taught him that he should focus on whether his attributes were like the Savior’s, rather than trying to conform to gender stereotypes. That life lesson proved valuable in helping him to better understand his unique talents and gifts. It also helped him to better minister to others while serving a full-time mission for the Church in California.

Charlie says, “Rather than define my character traits by exclusively feminine or masculine, I should define them by whether or not they were Christlike.” Identifying as gay has helped him communicate with others an important part of who he is. Additionally, being gay is “so much more than just sexual attraction,” as it has also helped him to be more authentic and it has also brought him closer to the Savior. 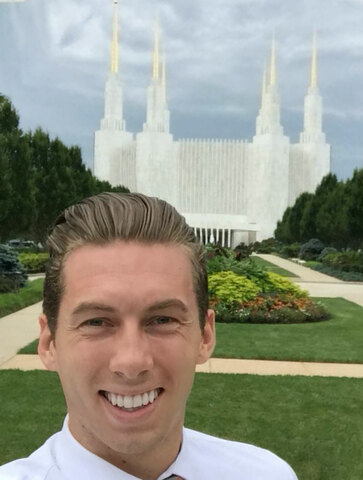 With no one to confide in for much of his life, Charlie found himself struggling with depression and self-loathing. He felt as though he had to do everything alone. However, once he started sharing the truth about his sexual orientation with friends and family, he found acceptance that he never anticipated and felt unconditional love from those with whom he shared.

It was not until he began seeking to understand why he was gay that Charlie went to the temple seeking answers. It was there that he received revelation from God that changed his perspective. He says:

For most of my life, I lived under the impression that there were these two parts of me that could not exist simultaneously. I felt like my faith and my orientation were like two wolves, and neither of them could survive while the other lived on. But in that mindset, I was disregarding the fact that both of these are integral parts of who I am, and both have shaped my character, and I need to embrace and honor both of those truths in order to feel happy and at peace. I feel very strongly that I am a child of God, and I do not think God made me by mistake.

Charlie brought his opinion piece in the Deseret News to a close with these thoughts for all of us to ponder:

There are many people like me who suffer in silence, struggling to reconcile complicated ideas with thoughts, feelings, and religious beliefs. There are many who feel misunderstood and heartbroken. We never know who around us might be wearing a mask. But learning to be more inclusive and aware of others can make a meaningful difference. . .. We must learn that showing empathy and support is not a compromise of moral values. We must “comfort those that stand in need of comfort. . .. Everyone deserves a life where exuberant, transformative experiences are not blanketed in sadness like mine often were. By actively showing love and acceptance, we can create a space in which people can remove their masks, no longer subject to the isolation and hopelessness that comes with feeling obliged to hide who they really are.