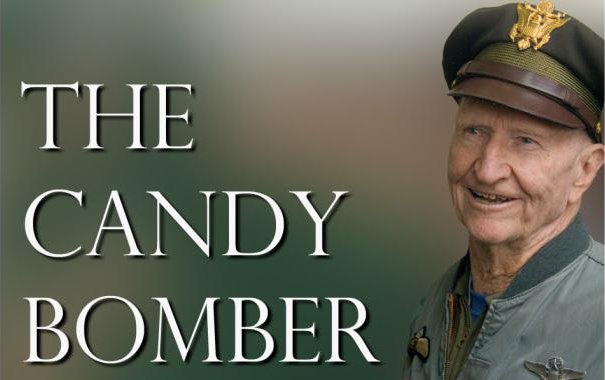 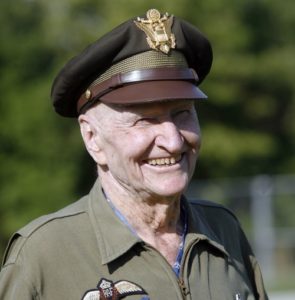 Colonel Gail Seymour “Hal” Halvorsen, a member of The Church of Jesus Christ of Latter-day Saints (often mistakenly referred to as “the Mormon Church), is a 98-year-old retired officer and command pilot in the United States Air Force. He served in the United States Armed Forces from 1942 to 1974 and was a pilot during World War II and the Berlin Airlift.

Gail Halvorsen is perhaps best known as the “Berlin Candy Bomber,” “Uncle Wiggly Wings,” and “The Chocolate Flier.” He grew up in rural Utah and always had a desire to fly. He earned a private pilot’s license in 1941 and then joined the Civil Air Patrol. In 1942, he joined the United States Army Air Forces and on 10 July 1948, he was assigned to Germany to be a pilot for the Berlin Airlift (“Operation Vittles”), piloting C-47s and C-54s. It was during that time that he founded “Operation Little Vittles” as an effort to raise morale in Berlin by dropping candy via miniature parachute to the city’s residents. 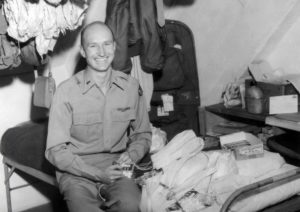 Gail began “Operation Little Vittles” without the authorization of his superiors. Nevertheless, within a year, after an Associated Press story appeared under the headline “Lollipop Bomber Flies Over Berlin,” he had become a national hero and garnered support from all over the United States and received a wave of candy and handkerchief donations. During the Berlin Airlift from 26 June 1948 to 12 May 1949, he gained fame for dropping over 23 tons of candy to German children. He received numerous awards for his role in “Operation Little Vittles”, including the Congressional Gold Medal. Over the next 25 years, he advocated for and performed candy drops in Bosnia-Herzegovina, Albania, Japan, Guam, and Iraq. 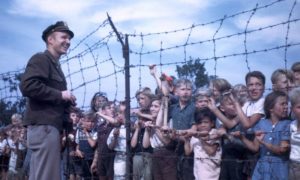 On Friday, 10 May 2019, Colonel Gail Halvorsen traveled from Utah to Berlin, Germany, with his two daughters. On Saturday, 11 May 2019, he attended a ceremony to dedicate the baseball and softball field of the Berlin Braves baseball team. The field was named after him – the “Gail S. Halvorsen Park” – in honor of his help for Berliners during the Cold War. Dressed in a military uniform, Halvorsen told Berlin’s mayor Michael Mueller that “it’s good to be home.”

On Sunday, 12 May 2019, Berliners celebrated the 70th anniversary of the day the Soviets lifted their blockade strangling West Berlin in the post-World War II years. They celebrated with a big party at the former Tempelhof airport in the German capital and Colonel Gail Halvorsen was an invited guest of honor. Up to 50,000 people were expected to participate in the festivities, which included musical performances, talks with witnesses, exhibitions of historical vehicles, and lots of activities for children.

The Herald Extra.com reports, “To this day, the airlift still shapes many Germans’ views of the Western allies, especially in Berlin. After the Sept. 11 attacks on the U.S. in 2001, some 200,000 Berliners took to the streets of the German capital to show their support for the country that had helped prevent their city falling completely to the Soviets.”