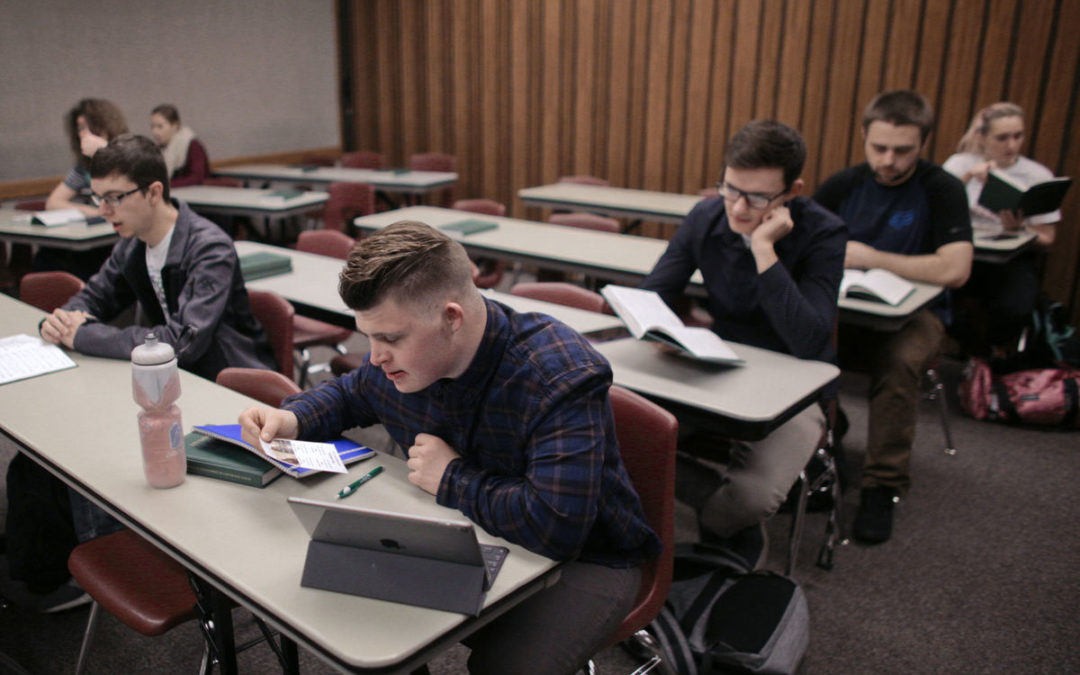 World Down Syndrome Day is 21 March 2018. Down Syndrome, also called trisomy 21, is a congenital disorder arising from a chromosome 21 defect (usually an extra copy), causing intellectual impairment and physical abnormalities including short stature and a broad facial profile. There are more than 200,00 reported cases in the United States each year. 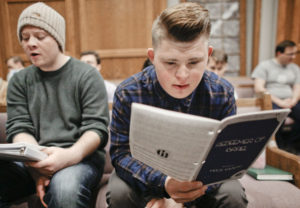 Jonny Peay, a 22-year-old man from Orem, Utah, who has Down Syndrome, recently talked with the Daily Herald about being accepted and preparing to attend Utah State University. Jonny was born with Down Syndrome and his mother, Lisa Sage Peay, was told that he would never be able to speak, read, write, grow in knowledge, retain knowledge, and more. In fact, she was told that her son was on the very low end of the learning scale. She ignored what they had to say, and now , Jonny will be enrolled in the Aggies Elevated program for special needs students, the only program of its kind offered in Utah.

According to the Daily Herald, “For Peay, 22, getting into USU was an intricate process of meetings, interviewing and then spending a day on campus to see if he fit with the campus and if the campus fit for him.” His mother commented, “It will be the first time Jonny will be on his own, living in a dormitory with a roommate and going to classes every day on campus. He will be responsible for himself.”

Defying the expectations of experts, Jonny can speak, read, and write in both English and Tongan. As a young Mormon boy, he had many Tongan friends. After being baptized at the age of nine, he started attending the Tongan ward of The Church of Jesus Christ of Latter-day Saints in Orem, Utah. He also served a two-year service mission for the Church with the community food bank and worked once a week with full-time missionaries, proselyting and teaching the gospel. He is currently attending part-time classes at Utah Valley University where he holds a 3.94 GPA and participates in the “Act Risk No More” acting troupe. He is also an assistant Scoutmaster and an assistant to the Elder’s Quorum Presidency in his ward. And, he also enjoys CrossFit training. His favorite exercises are weight training. 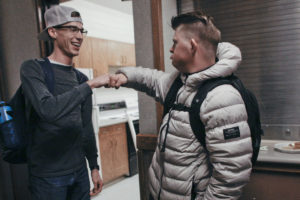 After completing the two-year program at Utah State University, Jonny says that he wants to go to work with his cousin in San Diego, California, who is a professional DJ.

Jonny Peay loves people and enjoys serving them. His mother further commented, “He completely forgives and keeps on walking. He has been bullied and shamed. He knows what that is, but he forgives.” Jonny hopes to make new friends at the Utah State University and give hope to others with Down Syndrome. He told the Daily Herald, “I want to be a good example to my brothers and sisters. I want to tell them to keep going, don’t quit and have faith.”