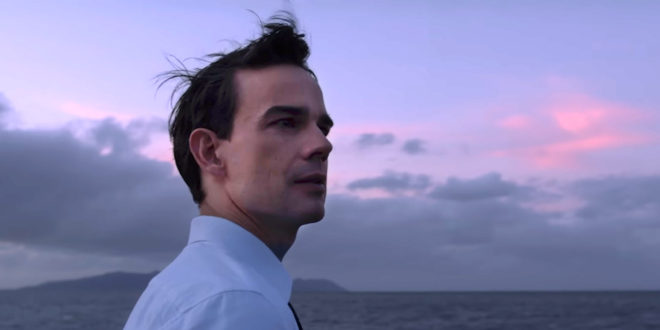 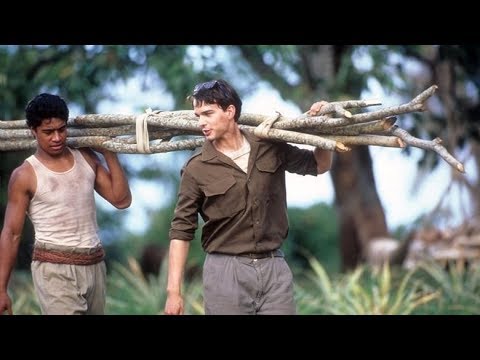 The sequel to the 2001 awe-inspiring film, The Other Side of Heaven, which was about the missionary experiences of Elder John H. Groberg in the land of Tonga, will be released in nationwide theaters on Friday, 28 June 2019. The new movie is called The Other Side of Heaven 2: Fire of Faith. Fans of the first movie have been anxiously awaiting this sequel.

The sequel, like the first movie, is based on the books which Elder Groberg wrote about his missionary experiences in Tonga after being encouraged to do so by then-Elder Thomas S. Monson. Elder Monson was serving in the Quorum of the Twelve Apostles of The Church of Jesus Christ of Latter-day Saints (often mistakenly referred to as “the Mormon Church”) at that time. Elder Groberg was serving in the First Quorum of the Seventy. Elder Monson told Elder Groberg that if he did not write about his missionary experiences in Tonga, it would become a lost chapter of church history.

Elder Monson would later be called to serve as President of the Church. He served from 3 February 2008 until his passing on 2 January 2018. Elder Groberg was called as a general authority in 1976 and was granted emeritus status in 2005.

Elder Groberg said that he never imagined that his efforts would result in one movie, let alone two. It all started with a book titled “In the Eye of the Storm,” which was published in 1994. The book recapped his days as a young missionary. When he showed the manuscript to then-Elder Monson, the apostle pointed out that there was only one problem – he did not include anything about his experiences as a mission president. He told Elder Groberg, “You need to write another one. I will give you a couple of years.”

Elder Groberg went to work and wrote the sequel, “The Fire of Faith,” which was first published in 1996. It is that book that set the stage for the second film, “The Other Side of Heaven 2: Fire of Faith.”

In the new film, Elder Groberg (played by Christopher Gorham) is called to serve as the mission president of the Tonga-Fiji Mission. He returns to Tonga with his wife, Jean (played by Natalie Medlock), and their children. The young Elder Monson is played by Russell Dixon, and Joe Folau returns as Elder Groberg’s old friend and mission companion Feki.

The movie was directed and produced by Mitch Davis. Elder Groberg was not present during the filming but did make a cameo appearance. He told the Deseret News, “I was pleased with the first one and felt they did a good job of making it a compelling story and capturing the spirit of the thing. I was sorry they had to leave out so much but that’s the way it is.” He continued, “After the first movie we received thousands of letters and cards, calls from people that said that’s what influenced them to go on a mission. . . .I have a feeling that the same thing will happen here, not necessarily to serve missions, but to be more faithful and more prayerful, hopefully not just members of the church but people throughout the world.”

Elder John H. Groberg and the producers of The Other Side of Heaven 2 have teamed up with Megaplex Theatres statewide to re-release their movie at half price starting Labor Day weekend. The movie will be used as a fundraiser for the Liahona Scholarship Fund, which provides tuition and school supplies for Tongan schoolchildren. The ticket price for each show will be five dollars starting on Friday, 30 August 2019. In addition, Megaplex and the filmmakers are donating a portion of box office proceeds from The Other Side of Heaven 2 to the scholarship fund as well.

Renowned PGA golfer, Tony Finau, who grew up in Rose Park is all too familiar with what it is like to not be able to afford a movie ticket. He said, “I am so grateful to Megaplex and Elder Groberg for partnering with each other to make it possible for just about everyone to see this inspiring movie regardless of their financial situation. And I’m grateful they are also sharing the proceeds with the poor children of my home country.”

Elder Groberg commented, “Our movie has been seen by so many good people over the last two months, but we realized that many of the people who would be most inspired by its uplifting message—young families and the underprivileged—haven’t been able to afford to come. So we decided to do something about it. That ‘something’ included reducing ticket prices to at or below break-even levels and donating a portion of each ticket sale in cash to the Liahona Scholarship Fund.” Producer and director of the movie, Mitch Davis, further commented, “In essence, we have written the schoolchildren of Tonga a blank check. It is now up to the Utah movie-going audience to decide how much we are able to donate to the Liahona Foundation.  The more tickets we sell in the coming weeks, the more scholarship funds we will be able to provide.”

Millie Vunipola, the chairperson of the Utah Chapter of the Liahona Alumni Association, said, “We are so grateful to Elder Groberg for giving Tonga yet one more gift. Many large Tongan families living in Utah will now be able to afford to see their story on the big screen. I hope many palangi (white) families will too. It is a movie with a powerful, pure heart.”