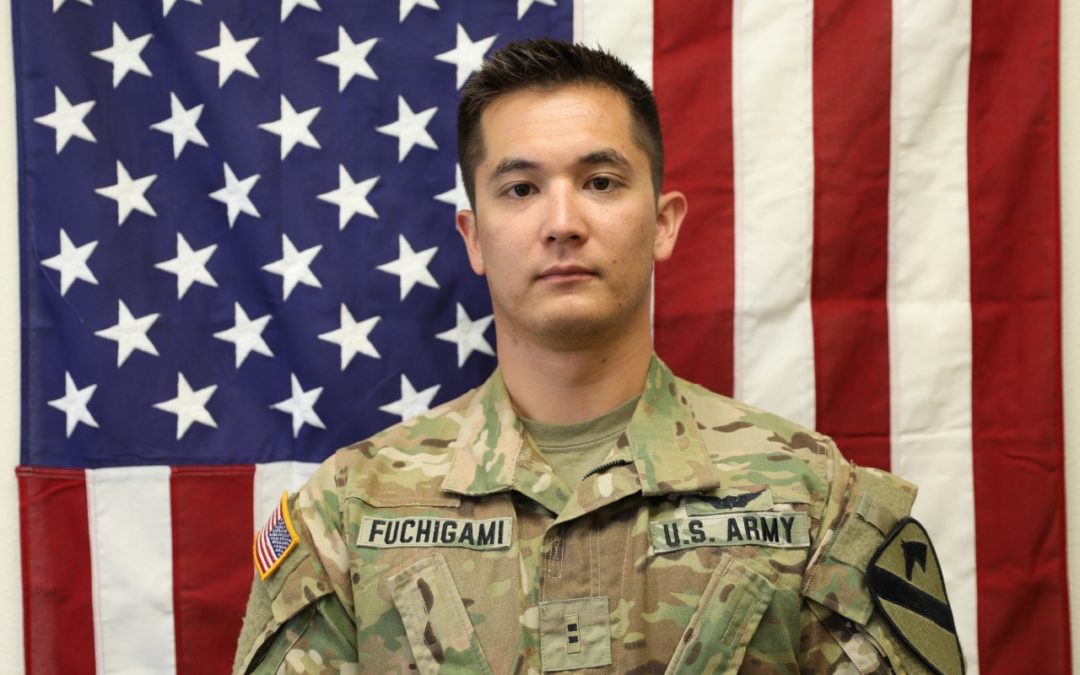 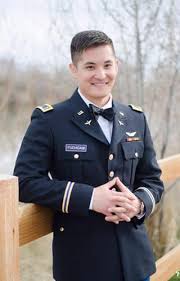 US Army Chief Warrant Officer 2 Kirk Takeshi Fuchigami Jr., age 25, died on 10 November 2019, in Logar Province, Afghanistan, when his helicopter crashed while providing security for troops on the ground. The Latter-day Saint soldier was assigned to the 1st Battalion, 227th Aviation Regiment, 1st Air Cavalry Brigade, 1st Cavalry Division, at Fort Hood, Texas. The crash is under investigation, according to a U.S. Department of Defense report.

Fuchigami, known for his love of aviation and a commitment to “standing up for his beliefs,” was born on 14 July 1994 to Kirk Takeshi Fuchigami and Lisa Marie Casey. He was raised in Hilo, Hawaii, and Henderson, Nevada. He attended Henderson’s Rancho High School where he participated in JROTC and the Aviation Magnet Program. According to his obituary, he became one of the youngest students in school history to acquire a pilot’s license.

Following graduation from high school in 2012, he served a two-year mission for The Church of Jesus Christ of Latter-day Saints (often referred to as “the Mormon Church”)  in Kobe, Japan. 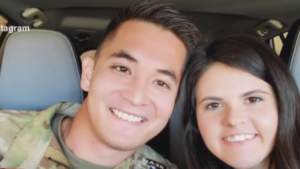 He joined the military at age 22. After basic training he attended and graduated from Warrant Officer Candidate School. He continued to flight school in Fort Rucker, Alabama, where he trained in an UH-72 Lakota and was selected to fly the AH-64 Apache helicopter. In March of 2019, he married McKenzie Norman of Corinne, Utah, in the Ogden Utah Temple. Shortly afterwards they were stationed at Fort Hood, Texas.

The following is noted in his obituary, “Takeshi had many talents including flying helicopters, shooting, fishing, building things with his hands and receiving his black belt. Takeshi always stood up for his beliefs. He was ambitious, driven, and determined, and placed his priorities and values first. He was always true to his beliefs, but also considerate of others. He was often found doing small acts of service. He placed importance on relationships and serving others. He genuinely cared about people. He gave others the eternal perspective and attracted others with his vibrant light.” 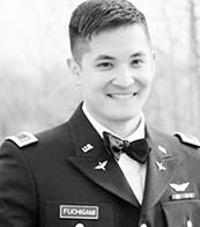 Fuchigami was passionate about serving his country and during his time of service he was honored with the Bronze Star Medal, Air Medal, and National Defense Service Medal.

The Deseret News reported that hundreds attended Fuchigami’s funeral  on 9 December 2019 at the Brigham City Utah West Stake Center. He was laid to rest at the Brigham City Cemetery with full military honors that included a 21-gun salute. A fly over of four military helicopters performed the missing man formation in which a solitary aircraft cuts away from the rest. During the graveside service, Utah National Guard Chaplain Timothy C. Clayson, said, “The loss of this warrior, son and friend has left us devastated and breathless.”

US Army Chief Warrant Officer 2 Kirk Takeshi Fuchigami Jr.’s obituary closes with, “His death will not be considered a ‘goodbye,’ but a ‘see you soon.’ His sacrifice will never be forgotten.”