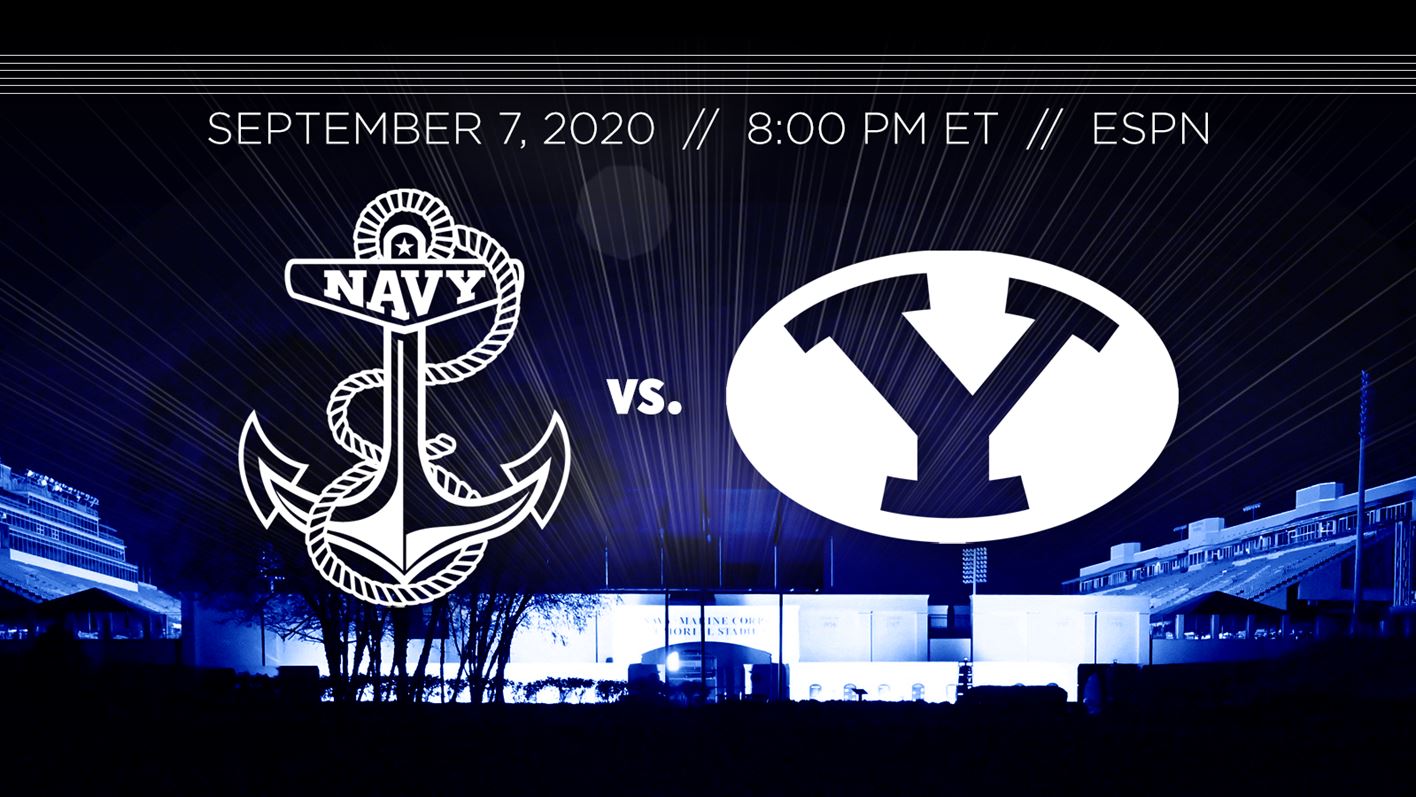 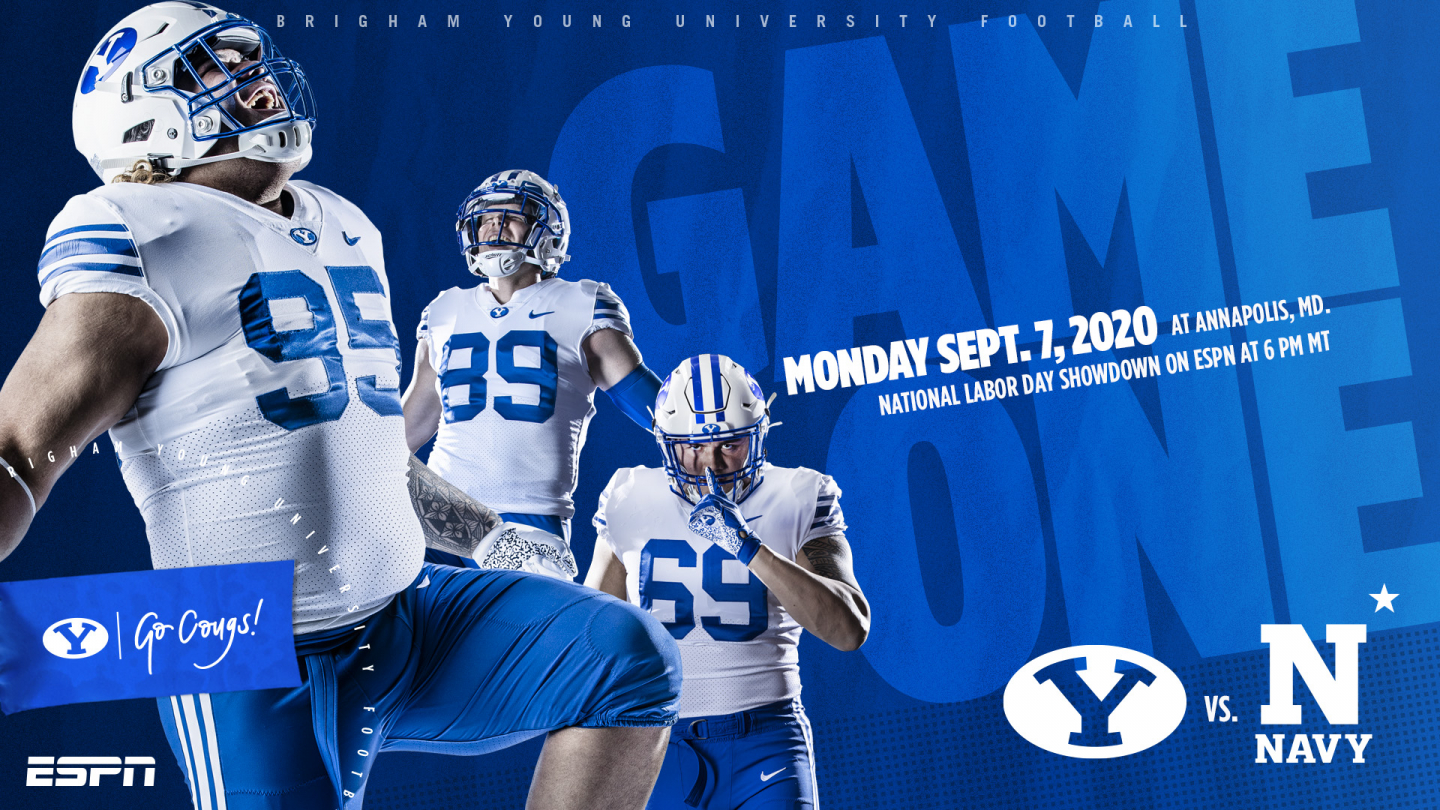 On Labor Day, Monday, 7 September 2020, history will be made as the BYU Cougars and the Navy Midshipmen football teams kick off the season by squaring off on the gridiron at the Navy Marine Corps Memorial Stadium in Annapolis, Maryland. This will be the first time in 30 years that the two teams have competed against each other. The game will be broadcast on ESPN starting at 8:00 pm EST.

The Church News reports that this will be the third time in history that BYU and Navy have competed. The two teams first competed in 1978 in the inaugural Holiday Bowl, with Navy coming away with a 23-16 victory. In 1989, the Cougars once again traveled to Annapolis, that time coming away with a win of 31-10. The Cougars and Midshipmen will also participate in the first true night game at the Navy Marine Corps Memorial Stadium since 2005. 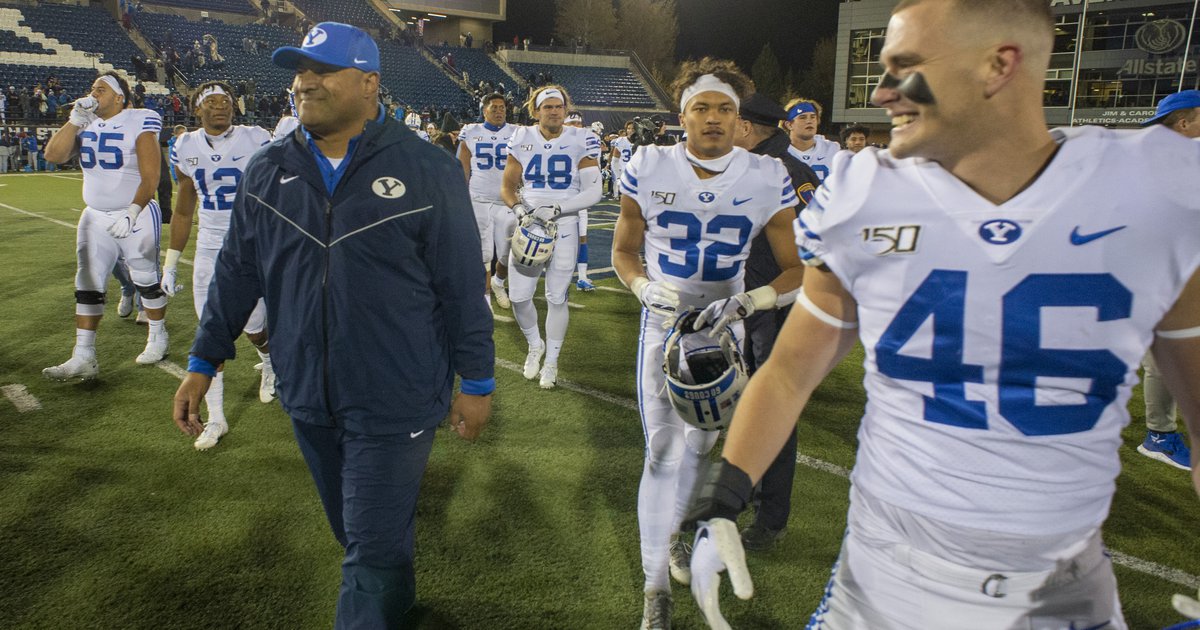 The BYU Cougars are coached by Kalani Sitake and the Midshipmen are coached by Ken Niumatalolo. Both coaches are devout members of The Church of Jesus Christ of Latter-day Saints (often referred to as “the Mormon Church”). In fact, Ken Niumatalolo currently serves in the Church as the Stake President of the Annapolis Maryland Stake. Members may also recognize Ken from the Church produced documentary, Meet the Mormons.

The Church News reports that both coaches are “fun-loving family men and returned missionaries. Both are ultra-competitive former college players who established their coaching bona fides in the assistant ranks before taking over Division 1 programs.” 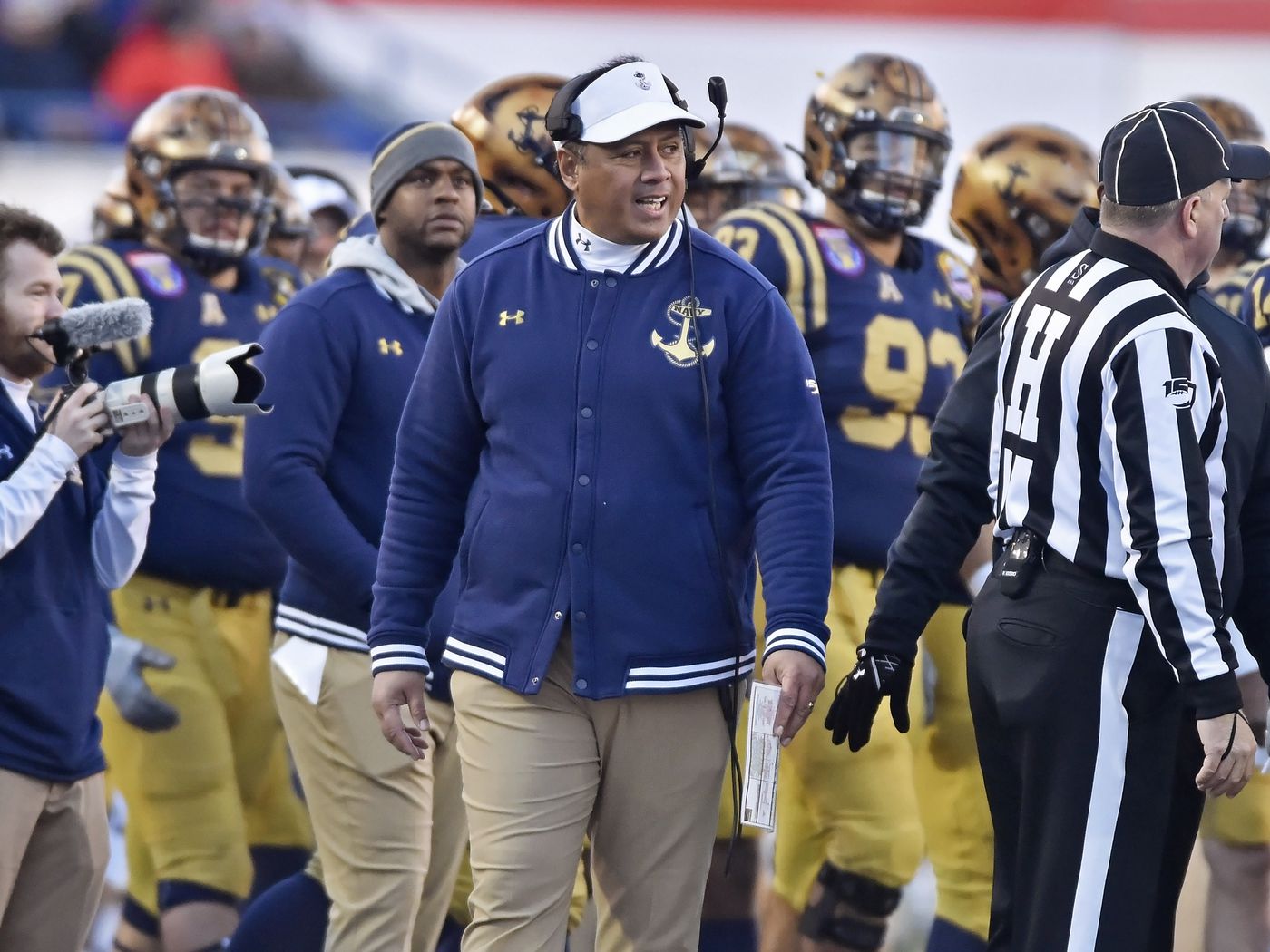 In a BYU statement, speaking about Coach Niumatalolo, Sitake said, “Ken (Nuimatalolo) is a great football coach and a personal friend who I have known since I was young and always admired both as a person and as a coach. We are looking forward to the matchup.” He continued, “Navy plays great football and we have the utmost appreciation and respect for all the sacrifices the members of the military academies make on all of our behalf.”

Both Sitake and Niumatalolo have rich Polynesian heritage. Both have also been featured in Church News cover stories (Niumatalolo in February 2017 and Sitake in May 2020). From his football office overlooking Spa Creek in 2017, Niumatalolo discussed his gospel-driven coaching career. And earlier this year, Sitake spoke with the Church News about the growing visibility of Latter-day Saint college football coaches and preparing for the 2020 season during the ongoing coronavirus pandemic. 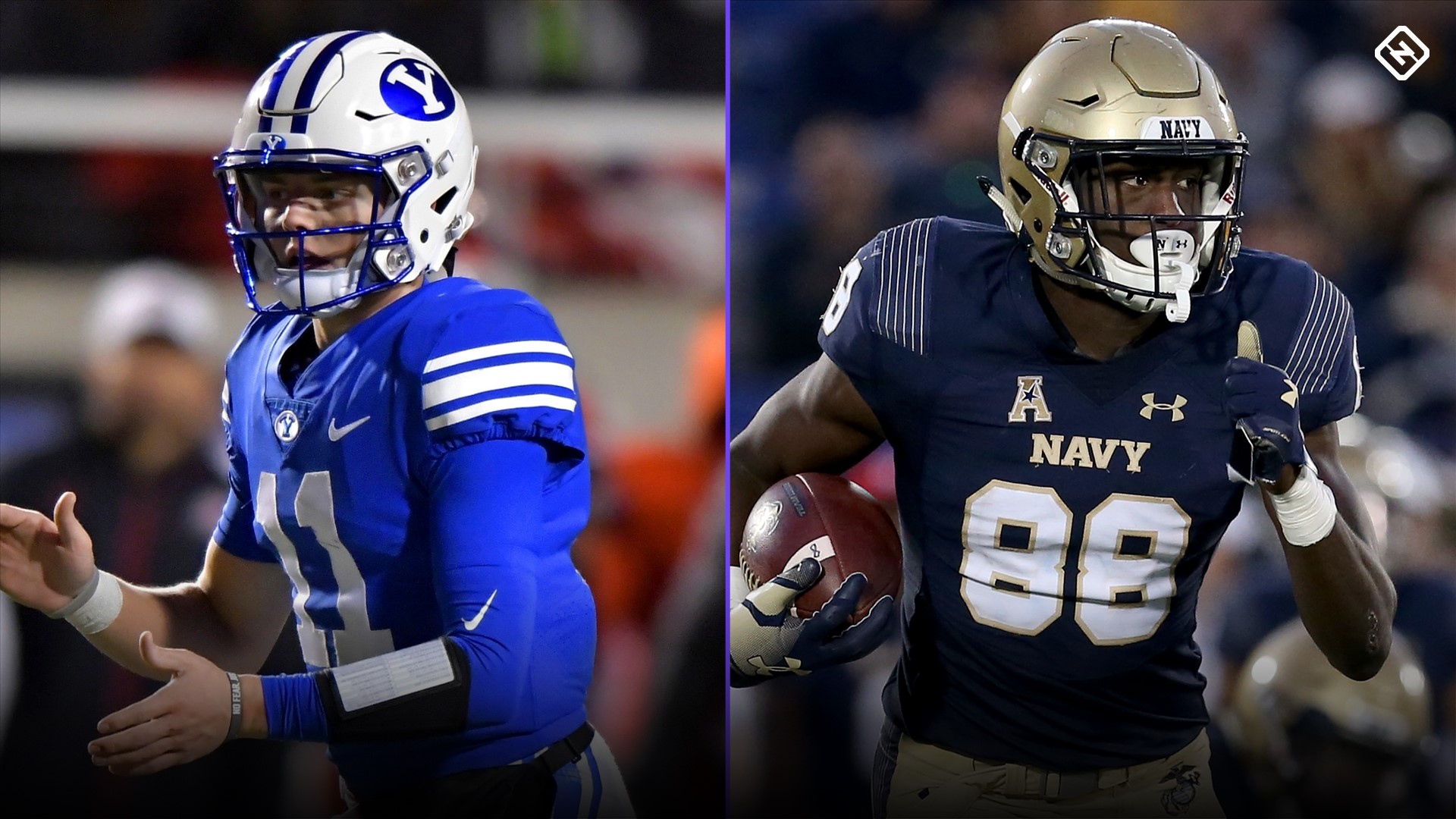 However, the connection between the BYU Cougars and the Navy Midshipmen goes beyond the Church membership of the perspective coaches. Navy assistant coach Joe DuPaix – who resides over the Naval Academy’s Latter-day Saint branch – was the Cougars’ recruiting coordinator and running backs coach for two seasons (2011-2012). Va’a Niumatalolo, Coach Niumatalolo’s son, is a former BYU linebacker.

In a recent statement, Naval Academy Director of Athletics, Chet Gladchuck, said, “We have created an exciting and anticipated match up in Annapolis with one of college football’s storied programs in BYU. This game will bring great national exposure for the Naval Academy, Annapolis, our state, and Navy football. Although attendance in our stadium will be regulated and greatly reduced with fan welfare and social distancing guidelines in effect, a national television audience will enjoy watching two of college football’s most storied programs kick off the season in a prime time environment.”

According to the United States Naval Academy, Navy will play a return game in Provo, Utah, at a date and time that has not yet been determined.