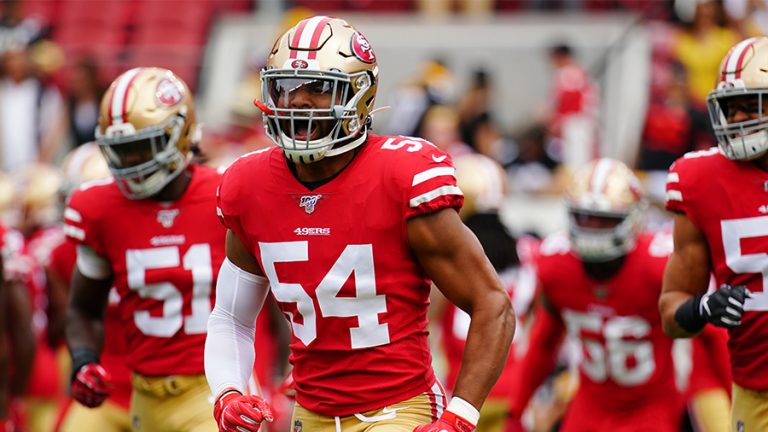 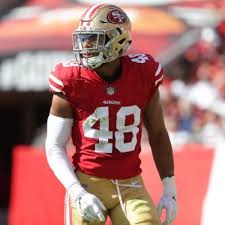 William Bradford, governor of the Plymouth colony for 30 years, is quoted as having said, “Thus out of small beginnings greater things have been produced by His hand that made all things of nothing, and gives being to all things that are; and, as one small candle may light a thousand, so the light here kindled hath shone unto many. . . .” This quote can well be adapted to the life story of 23-year-old Federico Anthony Warner (Fred Warner), a member of The Church of Jesus Christ of Latter-day Saints (often referred to as “the Mormon Church”), and an American football linebacker for the San Francisco 49ers of the National Football League (NFL). His incredible biography is a story about little things.

Fred Warner played college football at Brigham Young University (BYU) and was drafted by the 49ers in the third round of the 2018 NFL. The Deseret News reports that the second-year starter emerged from BYU with questions about his speed, weight, and durability. “He played an unusual hybrid position with the Cougars, making it unclear how he’d fit in the NFL. These concerns made him an interesting but not elite prospect, and San Francisco took him in the third round of the 2018 NFL Draft.” 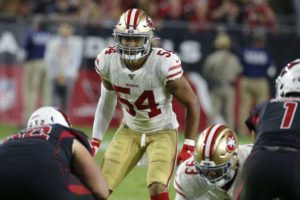 Since being drafted by the 49ers, Warner has started all 32 regular-season games, leads the NFL’s best defense in tackles, has helped the 49ers reach the cusp of a Super Bowl berth and earned a Pro Bowl alternate designation on 17 December 2019. Some fans disagree with the Pro Bowl alternate designation, stating that they feel he deserves All-Pro consideration. As if to validate their annoyance, Warner scored his first NFL touchdown four days later. The Deseret News exhorts, “That touchdown ball, then, represents something powerful: Fred’s ascent to professional football’s loftiest heights from an unexpected place.”

Fred Warner comes from very humble beginnings. His parents separated when he was a toddler. He was raised near San Diego, California, with his two younger siblings by his mother, Laura. From the time he was seven years of age, he spent countless hours on the football field. His mother recalls, “Football just became it for him. I think being around those kids and those men, I feel like it really helped him. It changed him.” Speaking about the four instructors who led Warner during his youth football years, she said, “They ended up becoming more than just their [Warner and his younger brother Troy] coaches. They became family friends… they became role models.” Troy added, “We didn’t grow up with much… but I think football was a way for us to feel like we had it all.”

He played enough as a junior to put together a highlight reel and landed a scholarship offer to New Mexico State, which caught the attention of a fellow member of the ward he attended at church.  The member, a BYU alum, in turn, contacted the Cougars coaching staff. It was Warner’s Latter-day Saint church congregation that helped him to get into BYU. Kelly Poppinga, a linebackers coach at BYU who soon became Fred’s lead recruiter, recalls, “We pulled up the film and he was pretty good.” In time, Warner went from being the underweight freshman linebacker to an “NFL star who, at each step, found purpose and poise in the little things.” Because of this, the grandest of all clichés can be attributed to Fred Warner. He is a guy who “does all the little things right.” 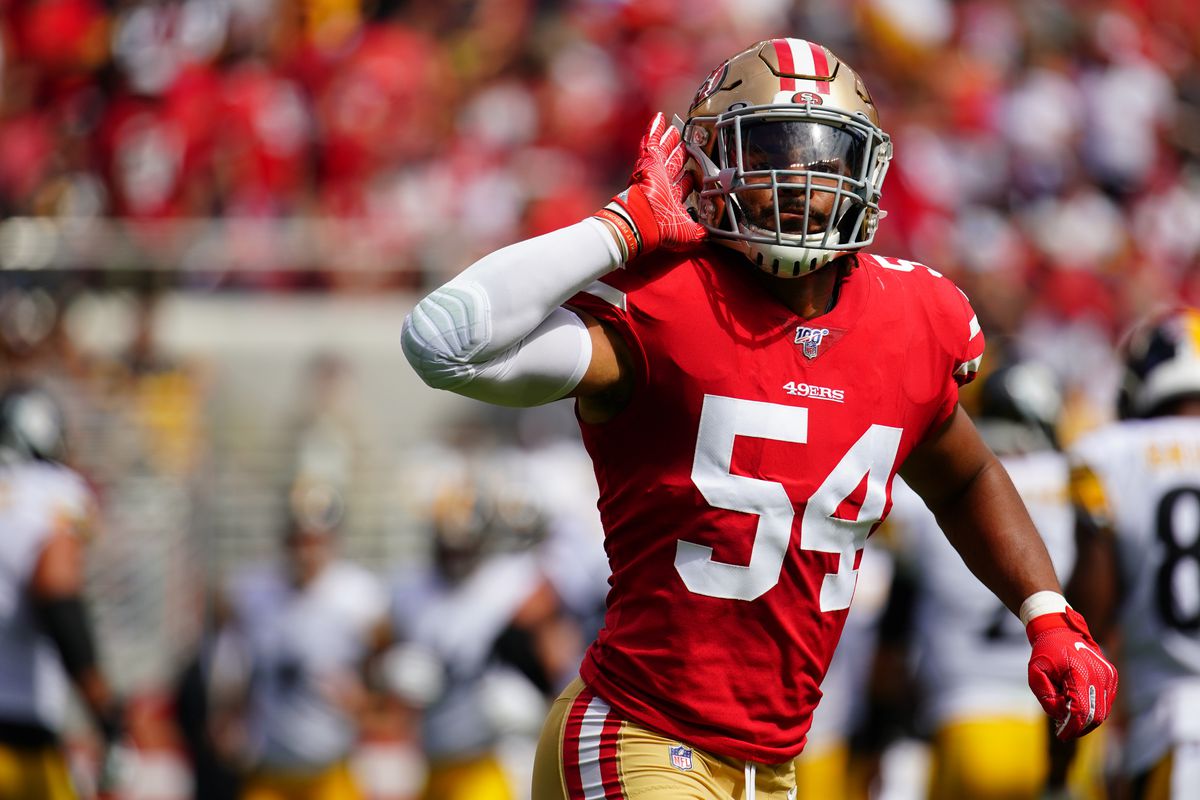 Warner has said that his career goals are to win the Super Bowl and become the league’s best linebacker. The Deseret News further proclaims that he is “ like a neutron star: not the flashiest, or the strongest, or the most recognized of stars. But since landing with the 49ers, it seems with each passing week he’s inching toward ignition.”

Warner also found a mentor in former BYU and current New England Patriots linebacker, Kyle Van Noy, especially regarding film study. “He was a big film junkie,” Fred said. “That’s where I really learned to study the game.” Poppinga further said, “The thing I always say about Fred is he loves football, and he loves the process of what it takes to be a great player as far as film study and weight training. One of the best I’ve been around at just loving the process.”

Warner’s mother, Laura says that he has always been cerebral about the game. His score of 32 on the Wonderlic test at the NFL combine placed him behind only two other linebackers in his class. Fellow linebacker, Azeez Al-Shaair, said, “I think the biggest thing is really his preparation. He’s able to memorize plays, take what we’re learning in meetings to the field and put it all together.” 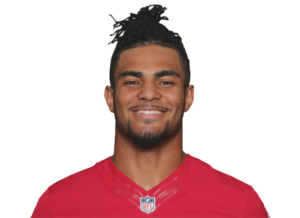 That’s made possible by the iPad he uses to re-watch his performances and critique himself, sometimes for hours. His brother, Troy, said, “He literally doesn’t leave his iPad. He watches games three to five times, and he’s always looking for how to improve.” Warner has said, “I don’t want to talk about what I’ve improved upon. I always think about what I can do better. I’m pretty hard on myself.”

The little things all add up. Warner has said, “If you want to be a great player in this league, it takes those everyday things leading up the game. It takes preparing day in and day out, and doing the little things right.” The Deseret News further reports, “He’s brought his skills; his size; his focus on the little things to the equation. His circumstances include a scheme that allows him to shine and coaches who trust his judgment. They’ve come together to send ripples through the NFL, and to create a focal point of San Francisco’s defense — one of the league’s most powerful forces.”