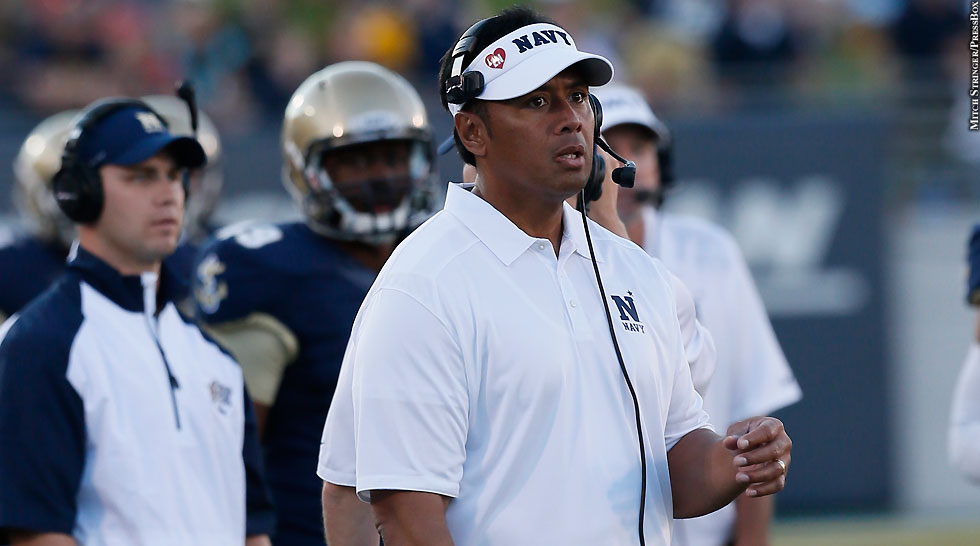 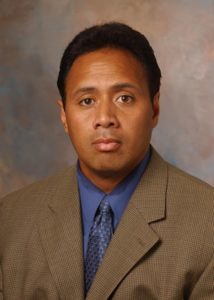 Ken Niumatalolo is the well-known head coach of the United States Navy football team. To say that he is accustomed to winning is an understatement. He had led his team to bowl games, been welcomed to the White House, gleaned coaching honors and — most importantly to Navy fans — beat Army multiple times.

Throughout his extraordinary career, Coach Niumatalolo has become a pro at answering challenging questions. However, the question that Elder Kevin S. Hamilton, a General Authority Seventy of The Church of Jesus Christ of Latter-day Saints (often mistakenly referred to as “the Mormon Church”) asked him last January in an Annapolis Maryland Stake Center office left him in tears. Ken Niumatalolo had been called that day to serve as the president of the Annapolis Maryland Stake. Elder Hamilton asked him the soul-piercing question, “Brother Niumatalolo, how is your relationship with the Savior?” He told the Church News, “I just started bawling. I remember telling (Elder Kevin S. Hamilton, a General Authority Seventy) that I’ve never been closer to the Savior.”

This occurred just weeks after the service academy’s all-time winningest football coach had experienced a devastating 2018 season. The Midshipmen lost 10 games in 2018, including a season-ending loss to the Army Black Knights. Coach Niumatalolo recalls, “The difficulty of the season caused me to get on my knees and ask the Lord, ‘What’s going on?’” 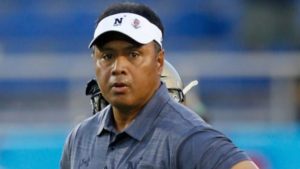 This was not the first time that he has gone to the Lord in prayer seeking guidance and direction, but he said, “this seemed like the first time that I was not receiving anything.” He continued, “I think the Lord just tested me to see where my faith was. It caused me to get on my knees even more. It caused me to ponder more and read my scriptures.” During this time, he also embraced and found solace in the words and teachings of prophets and apostles like President Thomas S. Monson, President Russell M. Nelson, President Henry B. Eyring, and others as he listened and re-listened to general conference talks. All the while, the Lord was preparing Ken Niumatalolo for an important assignment. He says, “Looking back, it’s amazing to see God’s hand.”

On 20 January 2019, President Niumatalolo was given keys to preside over the Annapolis Maryland Stake, calling President Jay Sweany and President Troy Corbett as his counselors. Elder Milan F. Kunz, an Area Seventy, assisted Elder Hamilton with the stake reorganization. 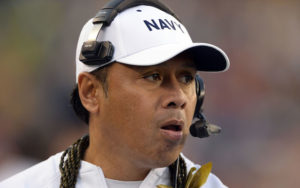 Since becoming a head coach, President Niumatalolo has dedicated Sundays entirely to his family and his faith. Still, he pondered how he would manage his demanding duties as the service academy’s head football coach and an important Church calling. He commented, “[But] I knew that the two Brethren (who extended the call) were called of God. I knew that this was His work. And I knew that He would make a way.” He further said, “The Lord knows everything. I just have to follow.” Yes, being a college football coach and a stake president makes for long days. “But so what? There are a lot of people that have long days.” He also said, “I’m still learning. I’m trying to do the best I can. You know the saying, ‘When the Lord calls, He qualifies.’”

President Niumatalolo humbly distinguishes between his career as head football coach and his church calling as stake president. He acknowledges that on the Navy gridiron he is the self-described micro-manager. In his church calling, he knows “there are other people that hold keys and other people who are called to serve. In the Lord’s kingdom, everybody serves. … The Savior is the head coach. This is His Church.” For anyone who may be wondering how to find balance in their busy life, President Niumatalolo’s counsel is simple – “Put the Lord first and it always works out.”