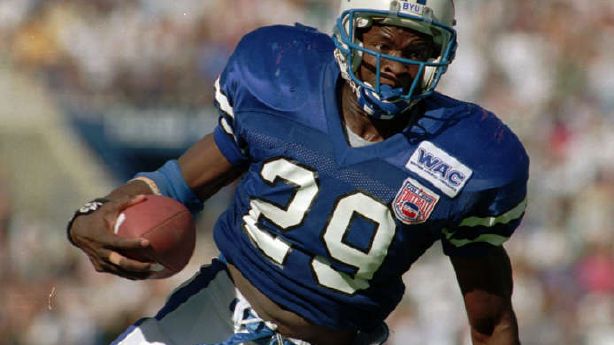 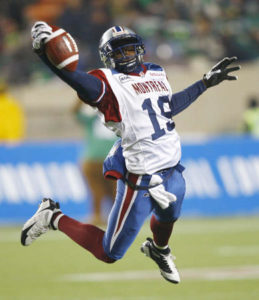 Former Brigham Young University (BYU) and NFL (San Francisco 49ers) running back, Jamal Willis, recently received a new church calling. However, his calling is unlike any calling a person would read about in the church handbook. Willis, a convert to The Church of Jesus Christ of Latter-day Saints, was one of three men sustained in the new Genesis Group presidency on Sunday, 7 January 2018. Davis Stovall is the new president, with Willis as first counselor, and Joseph Kaluba as second counselor.

The Genesis Group, which meets the first Sunday of each month, is a multicultural activity organization. It is hosted by the Draper Utah Mountain Point Stake. The group was established in 1971 by then junior apostles Gordon B. Hinckley, Thomas S. Monson, and Boyd K. Packer. Willis was invited to attend the Genesis Group while still a football player at BYU and before becoming a member of the Church, but he never did. “Why go to a Mormon function when you aren’t a Mormon,” he said.

Willis was not sure what to expect when he was called to serve in the new Genesis Group presidency. He told Deseret News, “I was like, OK? Then I went and was honestly floored. It was an awesome, awesome experience. I grew up with not much of a religion aspect of my life, so to see this, so much diversity, and see everything relates to the gospel, even people sharing different cultures, I don’t know if I’ve ever had an experience like that.” He continued, “I’ve had wonderful experiences with the church, but this experience is so unique. After Sunday, people asked me, ‘What is Genesis?’ I said you must go to experience it because I can’t tell you. … This has been one of the best kept secrets in the Church.” He now feels an urgency to get the word out about the Genesis Group.

Willis, a native of Las Vegas, and a school district administrator in Saratoga Springs, has previously served in a bishopric and as a stake high councilor. He was recruited to play football by programs such as Oklahoma, Nebraska, Washington, Arizona, Arizona State, and California. However, it was BYU that won his parents over, and he went on to play for the Cougars from 1991 – 1994. He told Deseret News, “I think the reason my parents wanted me to go to BYU over the other schools was because of what they saw there, the people and how they treated you. It was a culture of acceptance. I think that’s what rubbed off on me.”

Coach LaVell Edwards and his wife Patti were very influential at the start of Willis’ spiritual journey and made sure that he felt comfortable on campus. During Willis’ freshman year, Coach Edwards asked Patti to sit with Willis during his first Book of Mormon class. 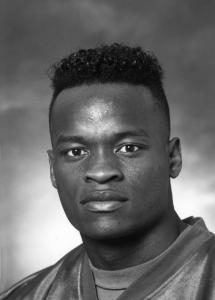 Meeting and marrying his wife, the former Leslie Durfey, a member of the Church and the BYU gymnastics team, was another major stepping stone on his spiritual journey. He also appreciated the camaraderie and influence of teammates and friends, including BYU’s longtime head athletic trainer, George Curtis, who baptized him.

Speaking about his conversion, he said, “I never really had an ‘a-ha’ moment, it was just the process of being there. It was the people who drew me in, the way they acted and how they treated people. That’s what drew me into the gospel. It’s hard to explain it because everyone has a different conversion story, but mine was about falling in love with the people, the culture and knowing people cared about you, and realizing there is more to life than football.”

He told Deseret News, “I would say the goal of Genesis Group is to really reach out, so everyone knows what the Genesis Group is all about. … This needs to be inclusion, an opportunity for people to come together and rejoice, celebrate the Savior and celebrate the gospel. Genesis is all about unity. … It’s not a secret anymore. We want to carry on what previous leaders started.”